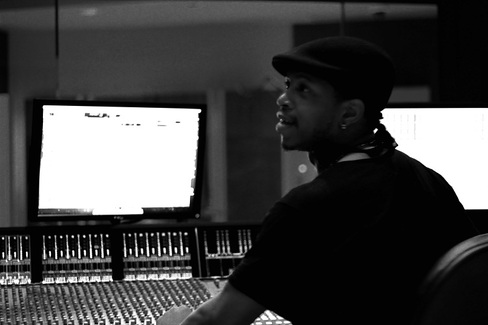 Rico Maatre was born and raised in Chicago, IL. The audio engineer, producer, composer, and recording artist started learned music at the early age of six while playing in his grade school band. A graduate of Illinois Institute of Art-Chicago, Rico Maatre studied Audio Production in which he obtained his Bachelor of Science degree. While attending college, Maatre took an internship which evolved into an assistant recording engineer position at the “Jim and Kay Mabie Performance Studio,” Chicago Public Media WBEZ 91.5FM. Specializing in various genres and music styles, Maatre has worked with many artists and clients during his span of over ten years as an engineer/producer, and shred the stage with many well know major and independent artists during his twenty-five years plus experience as a saxophonist. Since 2008, Maatre has had a career as an independent recording artist, audio engineer, and producer with his independent production company, "M Double A Productions."With his saxophone bandit type approach, sort of like borrowing from the traditional jazz style and blending with this new age music era, this young performer has structured his own contemporary/smooth jazz sound and style created with hard work, dedication, heart, soul, and passion which allows for him to stand out in the crowd. Fine-tuned through the bell of his saxophone, Rico Maatre captivates his audience with his unique and unorthodox style as he sets the stage on fire each time he performs. Working in the studio countless hours on his newly released album "Only Pluto Understands Me" and also performing all around Chicago and surrounding areas, this young musician has set high goals of getting his music out for the world to hear. Listening to his relaxing sounds you can hear his love for R&B, Oldies, Hip Hop, and most of all Jazz. The impression left by these styles of music proves why Contemporary Jazz fits him so well and also why collaborations with artists outside his main genre are at such a high demand. Within the past three years alone Maatre has had the pleasure of opening for artists such as Chrisette Michele, Omarion, and Brandy, just to name a few. Throughout his energetic stage presence, Rico Maatre sets the tone with what he likes to call his Saxy, Sasha, Symon, & Sylhouette (Saxophones). Through his unique angle and stand-alone style, this saxophonist makes music for all ages to enjoy. After years of hard work and determination, Rico Maatre has become the extraordinary musician you now hear today.Army Veteran, Independent Recording Artist, Audio Engineer, Producer, Composer, and Entrepreneur, Rico Maatre continues to serve as a public figure and music mentor to the Chicago community. Making great music for the world to enjoy.