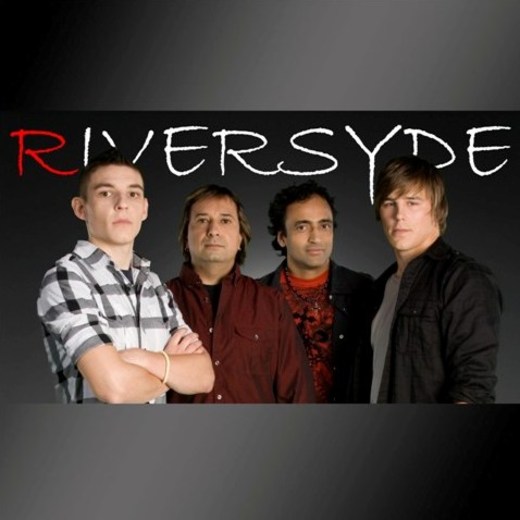 The songs on their debut CD are as varied...

The songs on their debut CD are as varied and dynamic as the Austin skyline.  It reflects RIVERSYDE’s alternative rock style, but features a range of musical sounds from ‘90s grunge vocals and rhythm guitar, to high energy drums and progressive bass.

“From heartbreak to relaxing on the beach or driving with the top down, this CD has a track that will fit your mood," said Paul Devassy, lead guitarist.

"My ‘90s rock voice, our ‘80s classic rock guitarist, hardcore drummer, and progressive bass player provide something for everyone. It’s all alternative to us," adds singer and rhythm guitarist, Shane Blake.

Like the music, the members are varied and come from all walks of life, but their love for music is the common ground. Listeners are drawn in by Blake's insightful lyrics and soulful voice.  Mark and Christian complement each other well as the band's rhythmic duo and are the locomotive force behind the songs.  Paul's guitar playing varies from melodic and soulful on the softer songs to blazing solos and biting riffs on the high energy material.

The band describes the tone of the album as one of longing an
remembrance. Common themes in the songs include: heartbreak, reminiscin
on the past, closure, and raw emotion. With emotive power ballads, high energy riffs, catchy hooks, and a frenetic rhythm section,  RIVERSYDE is capable of a wide range of textures and is reminiscent of Matchbox Twenty, Pearl Jam, Fuel, Chris Daughtry, and Live.

Shane Blake is the lead singer and rhythm guitarist for   RIVERSYDE. Shane grew up in the small town of Schulenberg, Texas where the need to find a creative outlet was a necessity. After football practice he played acoustic shows for friends and family, and later joined an alternative Christian band.

Shane moved to the Austin area in 2005 and continued to hone his musical talent. Although he had been playing guitar and writing lyrics for half a decade as a hobby, the singer/songwriter discovered his calling to play music as a profession while attending Texas State University in San Marcos. Unmotivated by the prospect of a nine-to-five career, Shane put the books aside for a couple semesters and began playing open-mic nights in the dimly lit bars and coffee shops around San Marcos. After a few months of solo performances, he came to the realization that he would need to enlist other musicians in order to bring the music to a larger audience.

Shane posted online ads during the summer of 2010 in search of other musicians and began the process of forming what eventually became  RIVERSYDE. Within a year, the nucleus   RIVERSYDE was established and they quickly went to work writing material.

"The idea of being a lead singer for a successful band started as a dream, but is becoming a reality with the talent and dedication of my band mates," said Shane Blake.

Besides putting over 40 hours a week into  RIVERSYDE, Shane also attends Texas State University full-time, enjoys golfing, and brings confidence and a playful spirit to the band. Shane’s biting, emotional, scratchy singing style has been compared to a male Melissa Etheridge, and Eddie Vedder.

Mark Griffor is the drummer and second addition to  RIVERSYDE’s lineup. He also provides backing vocals.  Mark developed his aptitude for the drums through 15 years of experience and previous involvement in grunge and metal bands in his home city of Sacramento, California. In addition to stimulating him to learn Spanish at a young age, Mark’s family encouraged him to begin playing drums at the age of four. He played in bands both in and outside of school from fifth through twelfth grades. After moving to Austin in July of 2010, the California native graduated from Lake Travis High School and was almost immediately auditioned and picked up by Shane Blake to become  RIVERSYDE’s drummer. The drummer with Spanish-Italian roots was happy to have found a niche so quickly in a new town.

“I consider the band my second family,” said Mark Griffor. "We spend a lot time together outside of official band business, whether if it's ringing up Blake and Paul for some food or going downtown with Christian to catch local DJs."

In addition to working with the band, Mark enjoys bike riding, long boarding, motocross, and riding around in his Jeep. If you’ve seen a RIVERSYDE bumper sticker around Austin, it was probably on the back of Mark’s Jeep. Mark’s extroverted personality brings West coast flair, comic relief, and a truly genuine friend to the band. His energetic, tenacious, pocket drumming style has been compared to Matt Greiner (August Burns Red), Carter Beauford (Dave Matthews Band), and Matt Flynn (Maroon 5 and Gavin DeGraw).

Paul Devassy is the lead guitarist and keyboardist for   RIVERSYDE. The accomplished musician was the third addition to the quickly developing band. Undeniable skill and experience made Paul a must-have for Shane and Mark.

Paul first picked up the guitar at the age of 16, and developed his talent by learning from friends and reading books. After growing up in Indianapolis, Indiana, he graduated from Purdue University with a degree in electrical engineering. Paul moved to Austin in 2006 and currently works as a development and research engineer.

Expression is Paul’s main inspiration for making music. His love for music is obvious when counting the late hours he puts in after work to ensure  RIVERSYDE’s prosperity.

“I’ve wanted this for so long,” said Paul Devassy. “It takes a lot of hard work to make a band  successful.  I essentially leave one job and then go to work at another. If I'm not writing or editing guitar tracks, I'm working on marketing strategies or making calls to line up another show.”

Previous experiences in numerous rock bands gave him a wealth of information on how to best organize and guide a band to success. He brings a practical and sophisticated personality to the group. Besides music, Paul enjoys mountain biking and baseball. He is a dedicated leader and organizer, who, although normally reserved, comes alive onstage. Paul’s progressive, melodic rock sound on guitar has been compared to Santana, Van Halen, and Paul Gilbert.

Christían Luís Palacio is the bassist and fourth addition to  RIVERSYDE. He also provides backing vocals and keyboards. The group welcomed Christian in October of 2011 after struggling for months to find a dedicated and talented bass player. Christian’s clear commitment to catching up, enthusiasm for the band’s goals, and flawless auditions made him indispensable as  RIVERSYDE’s final member.  His particular attention to Mark's playing style made him an excellent companion to Mark.  He was also quick to pick up some slack and take over some of the band's responsibilities.

Christian, or CP as referred to by his bandmates, is a native Texan who grew up in Mechanicsburg, Pennsylvania before moving back to Texas at the age of 16. He started playing the violin during middle school, but began teaching himself how to play bass guitar during his senior year of high school and developed a love of The New Romantic and New Wave bands of the early '80s.  Not long after that, he bought his first synthesizer. Despite his fanaticism with those synth pop bands, his main roots lie with progressive music; his biggest influences being Geddy Lee of Rush, Chris Squire of Yes, and Pete Trewavas of Marillion.

"Rush's Signals and Marillion's Misplaced Childhood albums were a huge influence on me, both lyrically and musically.  Subdivisions and The Analog Kid spoke to me on many levels.  Misplaced Childhood came out just as I had moved from PA to TX and I took a lot of comfort listening to that album," Christian remembers.  "Bassists like Geddy and Pete, as well as Chris Squire also showed me that the bass can take a more melodic role within a song to provide either a counter melody to the guitar or  carry a section of a song with the guitar taking a supporting, rhythmic approach".

After moving to Austin in 1984, Christian graduated from WB Travis High School and attended the University of Texas at Austin  before eventually obtaining a degree in Electronic Technology from Austin Community College. He currently works as an engineering technician for a thin film solar company. Christian has a passion for creating both materially as an engineering technician and musically as an artist. Playing and listening to music is his creative outlet and escape from day to day responsibilities of the real world.

Besides music, Christian enjoys motorcycling, import cars and scuba diving.  Although he has a quiet personality, he will occasionally get the better of his band mates when they least expect it and is often a partner in shenanigans with Mark.

Play
Nothing At All

Play
Knocking On My Door 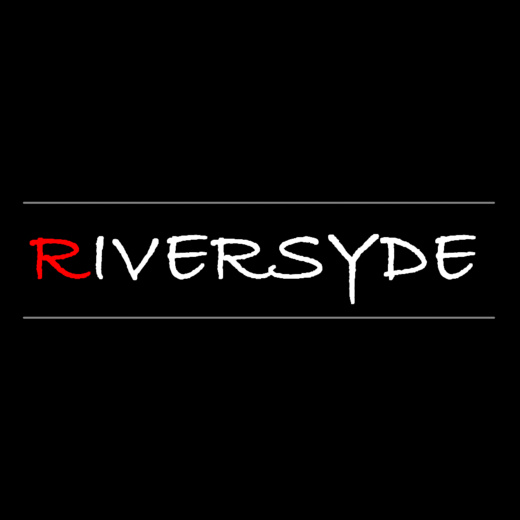 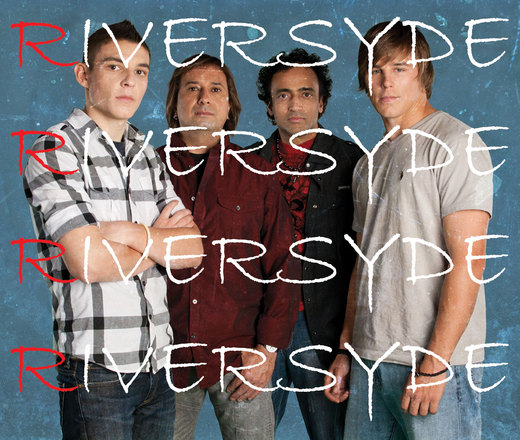 Play
Nothing At All

Play
Knocking On My Door 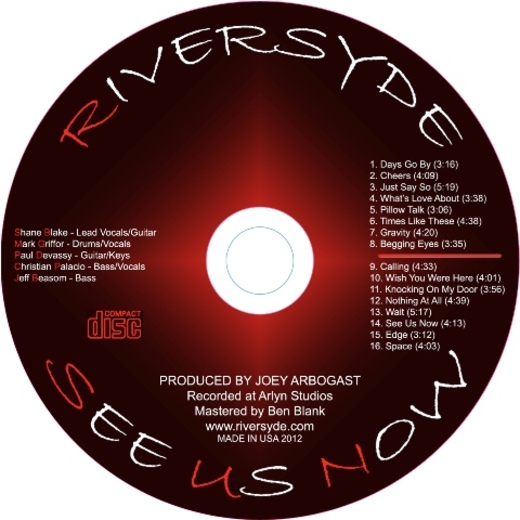