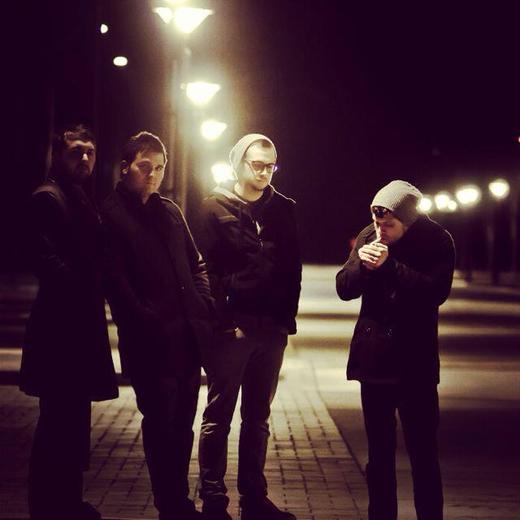 Run From Cover's music tells their story in songs that are sometimes elegiac sometimes triumphant. In Run From Cover's songs is the story of their formation – a direct and honest narrative that finds room for both the depths of despair and the unmistakable shimmer of hope.


Run From Cover is not your average band. Their music and commitment comes not out of a desire for fame or simply doing something they love; it comes out of stories of pain andstruggle that found relief in music and a desire to share that relief with the...

Run From Cover is not your average band. Their music and commitment comes not out of a desire for fame or simply doing something they love; it comes out of stories of pain and struggle that found relief in music and a desire to share that relief with the world around them. They tell that story in songs that are sometimes elegiac, sometimes triumphant. It's music that recalls Keane at their most tender, with the melodic ease of Travis,the raw emotion of Elbow and the brilliant glow of Coldplay at their brightest.In Run FROM Cover's songs is the story of their formation – a direct and honest narrative that finds room for both the depths of despair and the unmistakable shimmer of hope.

The group's story begins -- as any good story of redemption does -- with religion. The members of Run For Cover, then teenagers, were working as the in-housemusic team for a large church in the Pacific Northwest, channeling their musical prowess and innate chemistry to rally a formidable weekly audience. Other bands build their chops in dingy bars (and then dissolve due to drinking and infighting);Run From Cover grew as musicians in the safety of a weeknight church service. "When you're playing in front of that many people every week, you really learn fast, because when you mess up, it's really embarrassing," explains frontman Zac Mason.

But while the stability of the church was valuable to the group as musicians
it wasn't long before disillusionment started creeping in. As time went on, Mason discovered he and certain members of the church leadership were no longer seeing eye-to-eye."I ended up being really disappointed with the way organized religion could get," he explains."In the end, I knew I had to leave the church for the time being. And so, he left; he got married and lost contact with his old friends, going on a search for his own version of spirituality. But just a few years later, a barrage of outside pressures caused his marriage to collapse, leaving Mason adrift and out of touch with the people who had been so close to him.

But that's the thing about salvation: it has a way of finding you when you need it most. "Around the time everything was at its darkest, I ran into all the guys from my old music team," Mason recalls. "All of the same things that had happened to me happened to them: the churchgot really controlling, as religion often does, and they all ended up leaving."  Lead Guitarist Stephen Donley had himself found major parts of his life dropping out fromunder him without warning; the best friend of both drummer Michael Bjur and rhythm guitarist Philip Sanchez died suddenly and tragically, leaving behind a wife
and four children. Bassist Andrew Luttrell was in the midst of a longbattle with alcohol and drugs. "We were all in this low state," Mason says, "So we started hanging out again because we all needed each other." Rememberin
their days playing music together fondly, they decided to start making music againin a different setting. The result is a collection of songs that tells the group's story without sacrificing any of the passion or conviction they perfected on the church stage. When asked if the band retains spiritually in their music or considersthemselves a Christian band Mason was quick to reply, "We don't consider ourselves a Christian band at all. We are all spiritual guys in our own ways, trying to figure life out ya know? But we do not write to play to religion....we just write out of where we are at in life at the moment. It's real.That's the way we like music, real."

You can hear it in the taut, tense "Dangerous Way," where Mason observes someones one's self-destructive behavior helplessly, warning "You're coming undone in a dangerous way" as greasy guitars grind away behind him. Or in the light, breezy "Waiting on My Heart," which sparkles like prime James and matches the delicacy of groups like The Fray note for note. In it, Mason swears "It's your love that sets me free" – the bold declaration of someone willing to give trust another chance. That theme shows up again in the stirring lullaby "On Your Side," whichMason wrote for his girlfriend. He lets his falsetto float like a feather atop what he describes as "a big, weepy electric guitar," the whole band exercising impressive restraint and simply allowing the song's aching melody to take center stage. This is what Run FROM Cover do best,
clearing out anything extraneous and making room for the heart.

"When I was involved with music at church, the one thing I learned was how to build emotion. We took that same principle into the music we're making now – we're really trying to capture an emotional vibe." And more than simply stirring the heart, Mason, hopes listeners can find in their songs the same rescue and release that he and the other members of the group have found.

"We hope that when people hear these songs, maybe they'll hear something that relates to an issue they're going through in their lives, and they'll find release through the music. We want people to hear our songs and think, 'I've been looking for something to express that feelingthat I've been having, and this is it.' And they can grab on to music in the same way that we grabbed
on to it, and they can use it to get them through whatever they're going through in their life."

Play
Take Me Down

Play
Day of the Dead 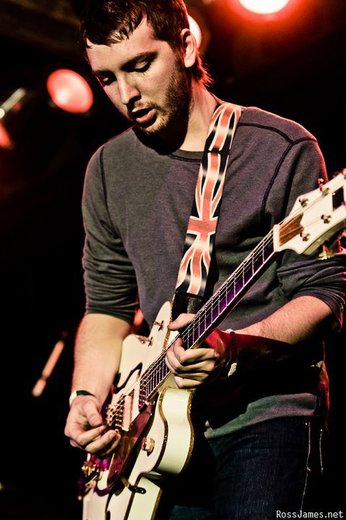 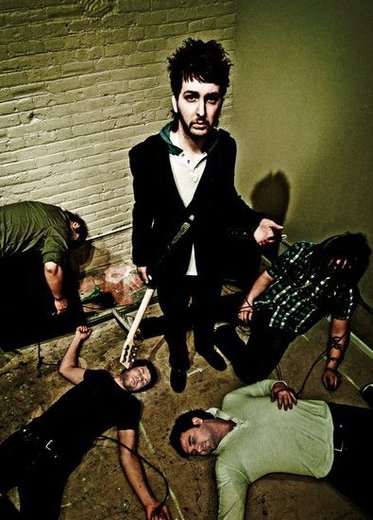 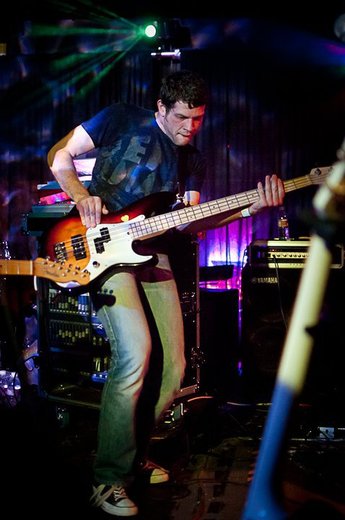 Play
Take Me Down

Play
Day of the Dead

Play
I'll See You There

Play
Waiting On My Heart

Play
On Your Side 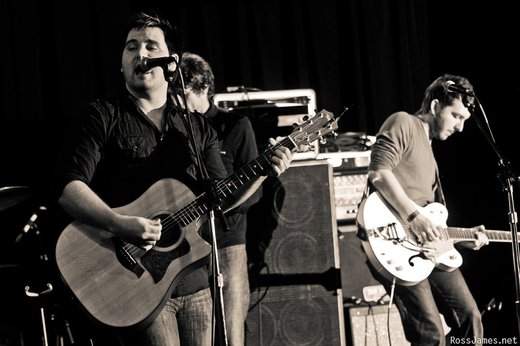 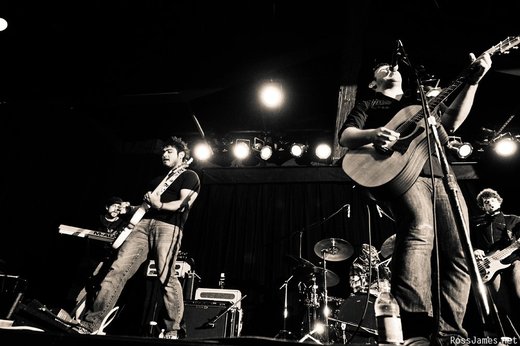 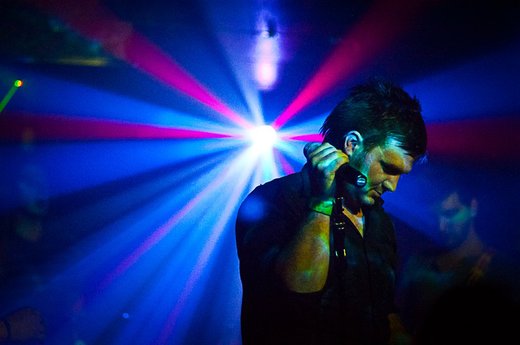 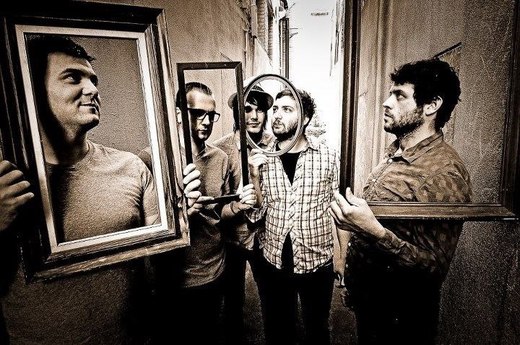 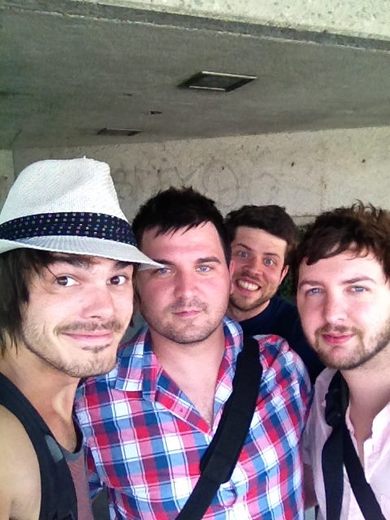 Run From Cover on Goodmorning Northwest by RunFromCoverTv
Check out Run From Cover playing live music from their new album "Burning Bridges" on the morning tv news show, Goodmorning Northwest.
Run From Cover Kickstarter by Run From Cover Raises Money for new video
With the release of their first ever full length record Burning Bridges, and several subsequent television licenses already signed on the record, Run From Cover felt the timing was right to foray into the world of visual music and give fans present/future a legitimate full scale, full production music video! The song Take Me Down was chosen as it was the single off of the Burning Bridges record and has so far proven to be a fan favorite. This music video also has great signifcance to the band as it will be a tremendous help in their booking and PR campaigns over the next year and will also help expand the fan base of the band considerably. This is a great way for anyone who appreciates independent artists, good music, or Run From Cover specifically to help advance their cause! What your donation will be used for: SoulFound Entertainment has been beyond gracious and donated their time, energy and resources to film this music video as they believe fully in the bands ability to be succesful but there is still a need to cover some basic costs; such as facility costs and obtaining a green screen for some of the trickier shots. The more you donate the more we are able to invest in the quality of the project. (i.e. props and more scene diversity) This is not an opportunity that comes often as music videos usually run upwards of $2000 on the cheap side! If you would like to see an example of a recent music video or two shot by SoulFound Entertainment please check out one of these links : KATE TURNER, BABY NO or Goodnight Argent: STEREO HEARTS
Run From Cover, "Take Me Down" Song of the Day by Song Of the Day FM102X
Salvation can come in many different guises. For some, it comes through religion – the belief in a higher strength that sustains you when you're weak and offers signs when you're searching. For some, salvation comes through friendship – the kind of support and guidance that can only be found in people who truly know you. The members of Run From Cover are familiar with both. They tell that story in songs that are sometimes elegiac sometimes triumphant. It's music that recalls Keane at their most tender, with the melodic ease of Travis, the raw emotion of Elbow the brilliant glow of Coldplay at their brightest. In Run From Cover's songs is the story of their formation – a direct and honest narrative that finds room for both the depths of despair and the unmistakable shimmer of hope. RUN FROM COVER