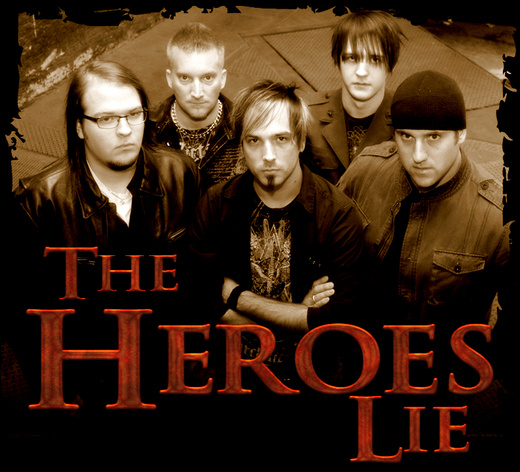 Formed in late 2009, The Heroes Lie was brought to life to bring music to the ear that wasn't looking to fit any mold, yet music that was undeniably rock, spawned by their love of anthemic riffs.
The Heroes Lie released their self-titled debut album in June 2010. The band played many shows in the midwest and landed a prime slot at Summerfest 2010 with Nonpoint, later opening for Three Days Grace, My Darkest Days, Red Jumpsuit Apparatus and Taproot to name a few. Now, The Heroes Lie currently has songs liscenced by CBS, NASCAR, ESPN, VH1, SciFi, WWE (Raw, Superstars, and WWE12 videogame), ESPN and the NFL, and more.

The band is now finished in the studio with their second release, "Seven Sins," out 11/11/11. The new group of tracks balance melodic ideas like “Ring Around the Halo” with heavy hitting songs like “Villains in my Head" and "Devastate," which already has rocked faces at this year's Summerfest slot Friday, July 8th 2011 at 6:30pm on the Rock Stage with Sevendust.

To see and hear more, visit us online at ReverbNation and Facebook.com/theheroeslie