Since releasing his debut independent EP We Begin on July 1, 2009 to a packed house at World Cafe Live in Philadelphia, Tim Williams has since been building a loyal and enthusiastic fan base by relentlessly touring. His tireless desire to reach as many people as possible keeps him on the live music circuit constantly - playing 200+ live shows annually.

A mainstay at Philly's Bourbon Blue on Sunday Nights and renowned local venues World Café Live and Tin Angel, Tim regularly embarks on national solo acoustic tours, having played such major markets as NYC, Boston, Chicago, Milwaukee, Las Vegas, Nashville, Cleveland & Atlantic City. Since the release of We Begin, he has shared the stage with Nationally Acclaimed Recording Artists Ryan Star, Diane Birch, Kevin Hearn (Barenaked Ladies) & Jeffrey Gaines among many other well-respected regional/national acts. Tim has received solid regional radio play thanks to 93.7 WSTW's Mark Rogers of Hometown Heroes, Wendy Rollins at Radio 104.5 FM Philadelphia & 93.3 WMMR's Jaxon's Local Shots the Podcast. Tim's music is regularly featured on the national radio program MyFixItUpLife.com and in 2009 he was cast in a Regional Tour of the rock musical RENT, adding to an extensive film/TV/theater resume that precedes his career in music.

In January 2011, Tim received 2 nominations from 93.7 WSTW's Hometown Heroes with Mark Rogers Homey Awards for 2010: BEST MALE ARTIST and SONG OF THE YEAR ("Back Again").

In February 2011, he launched his new band: Tim Williams and The Delicate Few. Their first single, "My Fix It Up Life", was produced by Philly-favorite Matt Santry and was written for and inspired by his friends Mark and Theresa Clement of MyFixitUpLife.com (available on iTunes).

In April 2011 Tim Williams and The Delicate Few performed their song "Breeze" on NBC Philadelphia's The 10! Show and were voted into the Final Four (out of 200+ bands) in Radio 104.5's 4th Birthday Show Contest to open for Weezer and Panic! At The Disco at Festival Pier Penn's Landing in Philadelphia.

On May 20th, he and The Delicate Few performed "Breeze" and a cover of The Verve Pipe's "The Freshmen" on Radio 104.5's LIVE AT 5 In-Studio session.

In June of 2011, Tim performed live at "Extreme Makeover: Home Edition" in Etters, PA and was selected as a finalist in Wawa Welcome America's Singer/Songwriter contest, which culminated in a live performance on the Riverstage on Penn's Landing in Philadelphia. Judges included ?uestlove of The Roots and Geoff Gordon, President of Live Nation.

Tim was a featured contractor on Food Network's "Restaurant: Impossible" in August 2011 along with "Mark and Theresa's MyFixitUpLife".

On October 13, 2011, the beautiful and talented Katie Rich asked Tim to perform with the cast of The Second City in Chicago during the "set" - the improvised 3rd act of the famous show. Tim performed his song, "Blue Ribbon", among others and cites it as a career highlight and personal milestone. 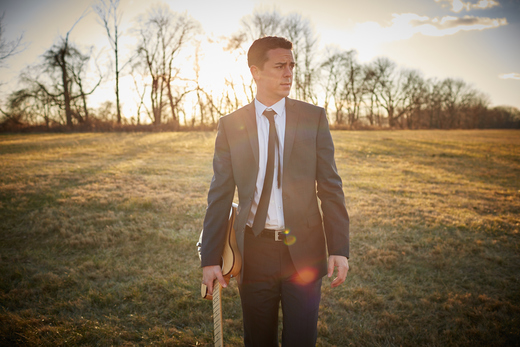