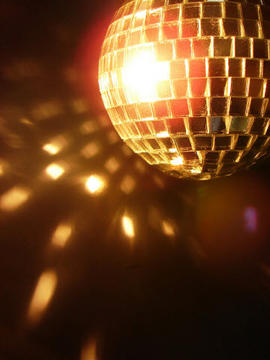 Comments for Livin' for Disco

As I saw the title in the line up I gasped with excitement. My heart began to race with Joy and over whelming Glee! Finally! Finally some one had written a BGs tribute, or maybe even an ode to Donna Summer(rip)

My Dancing Boots were ready ( give me a break, its winter, I'm in Canada)

My Dreams to be fufilled with only a click of a mouse. With a sweaty palm and trembling fingers I click play and ...........

Well I was brought back to the seventies alright, 1979. Sixteen, but not to a roller skating rink where I thought I might be going, but rather to my Buddies House in HIS basement ( imagine the seventies show) Hey Man! he greets me and offers me a tiny little piece of blue paper and a beer and says " here, try this and I've got a new band for you to hear. Their called Bau Haus.

Being of an open mind and always looking for an adventure, I accept and have a seat........

Now I don't know if Molson Breweries made a mistake in the alcohol level in that particular batch of beer or may be it was the different, cool, weird, seriously messed up good music I was being exposed to, but either way I did'nt mind floating on the ceiling watching my Buddy and I rave about this new band we heard.

So although I didn't get to go back to the roller rink and maybe have a slow skate with Janice Adams, hopefully coup a feel on them tight! tight! I mean so tight, the Girl used pliers to pull up the zipper. I'll very Happily stay right here for a while and enjoy the veiw from the ceiling while I listen to this seriously twisted song!