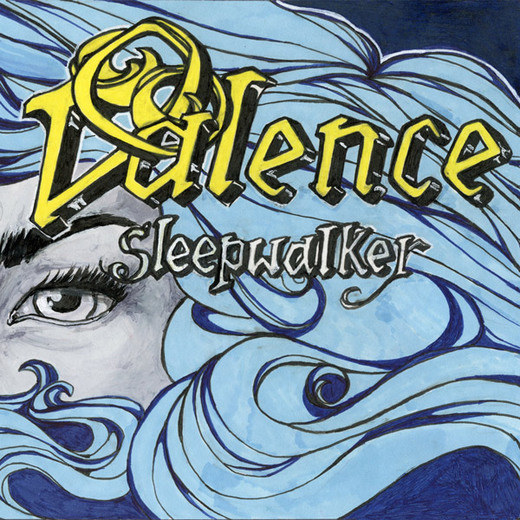 The name Valence comes from a chemistry concept in which multiple atoms are joined by sharing an electron, a so-called “valence electron.” As a band, Valence similarly forges disparate styles of music in a fusion of metal, jam, classical, and jazz that creates an eclectic yet cohesive sound palette, transporting the listener to a new state of mind.

Valence just recently released their debut effort, “Sleepwalker”, a 34 minute long epic comprising eight sections. The song-suite follows the contours of a dream, one so vivid it blurs the line between dream and reality. It's a journey through the subconscious, where myth meets memory and death is followed by rebirth. Catherine Chabert's artwork tells the story better than any words could.

Members of the band rented a house together in 2011 with the purpose of using it for tracking the album. After overcoming many obstacles that come with self-producing a record, and with the great help of audio engineer Paul Fakitselis, the band began recording that summer. Despite the 90+ degree weather and the broken air conditioning, the band put soundproofing foam over the windows, acoustic paneling on the living room walls, and set up mics for drum tracking in the sweltering heat.

In the end, nothing would deter Valence from completing the ambitious undertaking that is Sleepwalker, and are now proud to share it with the world. The response has been universally positive, both for the record as well as the live performance. The band currently has shows lined up in the greater New York City area this summer and are now booking shows for the fall beyond the city.