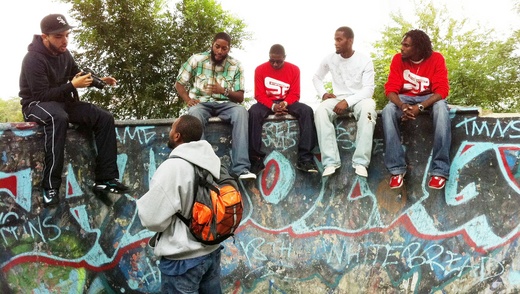 Arddin "Weedy Beats" Pearsall was born and raised in the South Philadelphia area of Philadelphia with an extra gift from GOD for his parents, his twin brother! "Weedy" started out in Elementary School banging on tables and wondered to himself if he could find a program to bring the various rhythms floating in his head to life. Then the hottest video game system at the time, the Sony PlayStation 2 developed a program called Music Maker that allowed "Weedy's" beats to come to life! He was so successful at making beats that he went on to purchase a PC and various musical software which combined with "Weedy's" innate abilities, and creativity has allowed him to become a new exciting force in underground music circles. "Weedy" is currently producing the promotional, and debut albums of SPEMG recording artists Shotime, and Malc Dat which will bring his exciting musical capabilities into the mainstream where he will reside for a long time to come. "Weedy" has many contacts in the underground music segment of the business along with numerous contacts with mainstream Artist's as well. "Weedy" hopes to continue his success as a music producer, and is currently being groomed to become a music industry executive. Look for more productions from the mind of "Weedy" in the near future, but until then you can follow him on SPEGTv on youtube, @weedybeats on Twitter. "Weedy's" question to all who visit his pages and seek production from him is " Are you listening? "