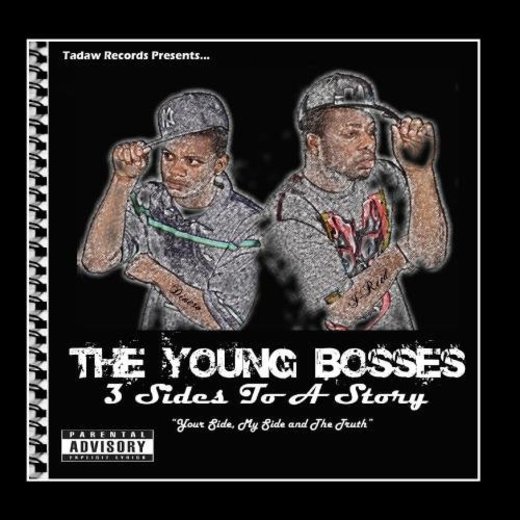 The Young Bosses is the first artist on a label called Tadaw Records created by the group memebers Dinero and J-Reed. What is the "Young Bosses" exactly? The "Young Bosses" goes far beyond music, to the extent of becoming a lifestyle. A wise person once told me that there are two kinds of people in this world, Self- Reliant and Needy. A needy person on the other hand has to rely on the someone else to get by. A Self-Reliant person is able to take what they want without permission, thus is the beginning of becoming the Young Bosses. Young Bosses was founded in the Brooklyn, NY by group members Dinero and J-Reed. With the combination of the love of music and the hunger to have a better life the Young Bosses set out with a goal to be heard and recognized. As a musician studio time can be costly so we started early in investing in ourselves. Starting out with two microphones and a tape deck playing around to quickly being turned in to a home studio. During that time, over a 150 songs were written and recorded within months. Current and Past Projects: "3 Sides To A Story" - 2008- Album, 16 songs, available online (itunes, amazonmp3, etc) "Boss Talk Mixtape :Vol 1" - 2009 availbe for free listening online at www.tadawrecords.com "In Da Booth Mixtape" 2004