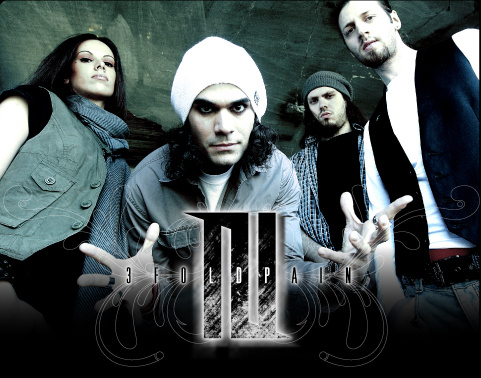 The band was formed in January of 2010 with an intention to play innovative music, to challenge the mind and the senses. 3Fold Pain is a 4 piece gathering of very experienced musicians with different backgrounds, still sharing the same goal: to create a professional alternative/metal/rock music act always ready to perform and deliver as much energy as possible.

Through their short period of existence they’ve played in many venues and open air festivals in Greece and have gained valuable stage experience and a rapidly developing fan base.

In June of 2010, 3Fold Pain released their self-financed debut EP “Don’t Trust Them”. After having sold out all of their first 1000 copies, and having received excellent reviews and feedback, they decided to start recording their new material. Currently, 3Fold Pain have finished the recordings and the mixes of their first full length album which was released in September of 2011 in a limited number of copies along with an official video clip for the song “Don’t Trust Them” included in the album. In addition, a 7” vinyl has been released in March of 2011 including 2 songs from their EP.

Their song “Don't Trust Them” was selected to be part of a CD compilation by GoDIY Records for European Bands distributed in the US.

Their song “Will Be The End” participated in an alternative metal compilation distributed in Russia “Musical Critic compilation” vol. 3.

Their song “Into Your Depths” was selected to be included in a metal compilation by Wolfhound Metal Radio.

Their song “Don't Trust Them” was selected to be the background song for the e-magazine tattooist art on August (2010) issue (http://www.tattooistart.com/).

They have participated and win the "Discover" competition of the College Underground station for the month of September and as a result have gained one month of extensive airplay.

3Fold Pain have been in the first position for Rock Charts in Greece on Reverbnation.com since January 2011 until now.