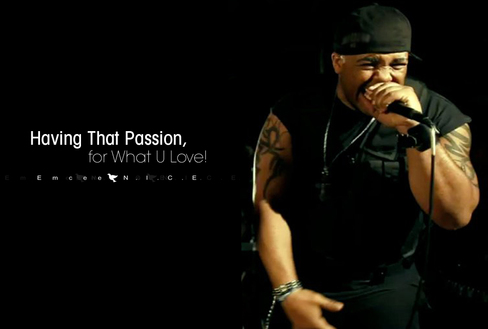 His music can be described with one word, Classic! A true lyricist, a poet and his Hip-Hop, R&B flair represents the personification of good music, EMCEE N.I.C.E. arrives.

Although he was born in Los Angeles, CA, he was raised in both El Paso, Texas and Topeka, Kansas with descendents from Ponce, Puerto Rico. N.I.C.E. never really stayed in one location long enough to claim it, but long enough to make friends. So instead EMCEE N.I.C.E. claims them all and references the places that he’s lived as a collective he’s dubbed as Gypsy City and his music Gypsy Music.

EMCEE represents who he is.. A lyricist that is a charismatic Storyteller, while N.I.C.E. represents Novelist Is Constantly Evolving which is what music is about, an Evolution!

EMCEE N.I.C.E. under the moniker Novelist has always been different. His music is influenced by and reflects the many places he calls home. His voice is aggressive and yet distinctively poetic as he manages to combine feel good music with catchy melodies that the information generation would like but Generation X would love. Gypsy Music is a constantly evolving style of old school traditional with new school relativity

His album “Way Back Now” takes you on a musical journey coast to coast, from the old school crooning to the digital revolution. EMCEE N.I.C.E. gives the common listener ear candy they can appreciate.