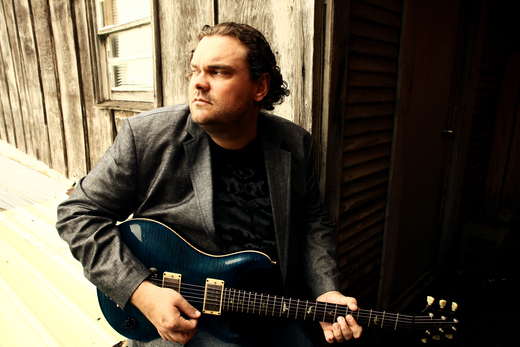 * One Big Ending #1 (Top 20) on Clear Chanel's I Heart Radio New Discover and Uncover. Click logo above to view.* One Big Ending included on US Airways Audio channel in May and June on over 3000 domestic and international flights.
* Selected as an Artist Ambassador for Supercuts Rock the Cut Promotion (their site features Lay It Down Easy). Click logo above to view
* Picked up distribution by Home Grown Music Network. Click logo above to view.* New Music Spotlight – Keith Moody “One Big Ending” on Indy's Music Channel, a 24 hour music video television station in the Indianapolis. Indianapolis is market #25 and the 12th largest U.S. city. * One Big Ending Video has been added to a NIGHTLIFE Reel in several locations including clubs, casinos and bowling alleys across the US and Canada with more to come in March. * Dreaming Out Loud listening party on AOL Music in Feb 2012. * Picked up endorsement by PRS guitars in Feb 2012 - Other endorsers include Elixir Strings, Dr. Z Amps and Steve Clayton Guitar Picks and Accessories.

Keith Moody is a triple threat, who not only can sing and tear it up on the guitar but also writes on a level far above most of his peers. His unique music is a place where rock, blues and country cross paths on the way to a remarkably contemporary sound. Through his constant touring, Keith is a seasoned performer who is known for his strong work ethic, passion for music and determination to persevere. With his over 10 years of experience, the journey continues through the support of his fans, friends and family which has transformed him into a modern music juggernaut working at the grass roots level to forge a name for himself at the forefront of the music industry’s future

2012.  Keith continues his same strength of song with the sophomore release of his first full length classic rock influenced album, Dreaming Out Loud. “With this album I have a sound that is unique to me. The sound is big yet stripped down and as always with catchy hooks. Rather than layering strings or horns, we stuck to using the basic instrumentation you might hear from 4 or 5 piece rock bands, letting the songs carry the performance and do most of the work. I feel people need to hear this record. I hit on some subjects both personal and broad that people can relate to in their own way. I feel writing outside myself is getting easier. Allowing yourself to relate personally to what is happening in our world and the impact on people is a much harder place to dwell and be successful as a writer, but I think it came out amazingly.”
Music is my Lif
“My grand-dad gave me my first real guitar for Christmas when I was 16." Keith formed his first band, Mostly Harmless, that same year with a buddy from high school. As with many Southern performers, his first performances were in church youth group shows. “One of the moments I will always remember was when my first song was on the locals only show of the Montgomery radio station.” He continued to hone his musical chops throughout college by observing other artists as he worked in a local music store and played in local venues with his band. He recorded his first demo album in a local studio with his own money. By 21, word of his talent was already spreading, and he was receiving write-ups in local papers and gaining a significant reputation among local musicians for his guitar skills and performing antics

The writing.  With some good advice from a local musician, Keith fostered his abilities even further with pursuit of writing and performing his original music. “Basically I had gotten a job at a guitar store in Montgomery and met a guy named Roland “Lucky” Jackson, said Keith. “He was an old school funk, jazz, and blues player and also a songwriter and arranger himself. I learned a lot about music from him as far as theory and how things are put together as well as the business side of it. He told me I was a natural songwriter, and that I didn’t need to give up on the original thing. My college band, TaxiCab Armada performed for the next four years locally and into Florida. “Music is just my love and I can’t let it go so it didn’t take much convincing for me to relocate to Nashville with my family in 2005 and pursue my passion.”

The influences. Moody possesses a depth that seeps into every note of his music. This depth combined with a myriad of personal influences is a powerful combination evident throughout his material. These influences range from the straight-up soul of Ray Charles, to the bluesy grooves of John Mayer and the quirky, clever lyrics of southern treasure Tom Petty, it’s all in there. Keith feels he not only creates the song’s lyrics, but also arranges it completely in his head as well before he ever sets foot into a studio. “Like most people my age I listened to a variety of music and owned albums across all genres, such as The Beatles, Jimi Hendrix, Garth Brooks, George Strait, and Bruce Springsteen, which is why I have a hard time fitting music into a particular bin. If it is good, it’s good so why does it matter?

The guitar. Keith’s guitar is essentially a part of him. He and his Paul Reed Smith McCarty have been through some hard times, and some good times. Keith is proud of every knick and scrape his axe has taken up ‘til now. “I have a real relationship with that guitar,” explains Keith. “Most PRS’ you see are very nice, and kept pristine in cases and mine has been played in about every dive bar across the Southeast, it smells, and it has pieces rubbed off of it and knicks out of it. Give me about 20 more years, and hopefully it will be beaten like Willie Nelson’s or Stevie Ray Vaughn’s. That thing is like a part of me.” Just how close Moody is with his instrument is revealed immediately the minute he launches into one of his soul-searing solos. The two become one as he morphs easily as he plays among the strings, one minute he’s channelling the heart of a 60-year-old bluesman in a number that will melt the house and your heart, the next he’s calling up the ghosts of Hendrix and Stevie Ray Vaughn in a full-tilt, scorching rocker.

Where I beganFamily.  Born and raised in Alabama, Keith grew up in a two-parent working family and has always been close to his parents, aunts, uncles, cousins and grandparents. Both of his grand-dads were mechanics, one had a local service station and one was a textile mill mechanic. Keith says to this day there is something about the smell of grease and tools that make him feel safe and comfortable. His grandmothers are known for their great southern cooking, biscuits, cornbread, pies and cakes. Growing up Keith was surrounded by hard workers and it shows in his strong work ethic, doing whatever it takes to make his business of making music his life’s work. “Faith and the support of family keep me grounded and sane. I don’t know how anyone in this business could keep going without it.”

1981 – Born in Opelika, AL
1988 – Moved from Valley, AL to Montgomery, A
1999 – Graduated high school, Alabama Christian Academy
2005 – Graduated from Auburn University Montgomery with a BS Marketin
2006 – Moved to Nashville, TNLet’s Get PersonalSports. Keith loves sports. He has many favorite teams such as the Cubs (MLB), Mets (MLB), Rangers (MLB), Packers (NFL), Titans (NFL), Predators ( NHL) and the Alabama Crimson Tide (NCAA). “Going to sporting events is probably my favorite pastime other than enjoying music. I mean where else can you scream out all your frustrations and not be out of place?” Keith’s bucket list includes visiting as many professional baseball and football stadiums as possible. Keith also collects baseball cards and sports autographs. His first autographed ball was signed by Texas fire-baller Nolan Ryan and given to him as a Christmas gift by his aunt.

Animals. Keith is a great lover of animals. He is always willing to lend his talents both as a musician and public speaker to support efforts to protect them including zoos, wildlife funds, sanctuaries, shelters and humane societies

Charity. “There is nothing more important than helping people in need.” Keith is a big supporter of the American Red Cross. He has assisted with disaster relief in his home state of Alabama and in Tennessee delivering needed supplies and holding concerts to raise money. Whenever possible he enjoys helping with kids charities and supporting local animal rescue teams to raise funds. “There is never enough time to do everything you would like to do.”