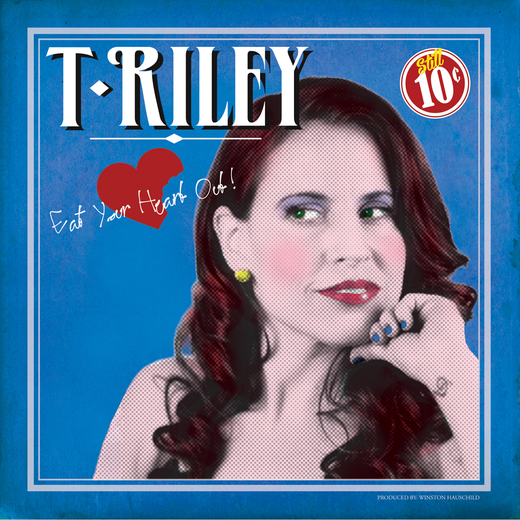 There’s something to be said for just not giving a fuck. With that in mind, let’s give T. Riley props, because when it comes to fitting into today’s pop-music landscape, the number of fucks she gives seems to be precisely zero.

How else would you explain an artist whose sound incorporates elements of rock, blues, country, and pre-bop jazz—usually all within a single song? That last element comes mostly courtesy of Bonnie Northgraves, whose invariably tuneful trumpet playing is all over Riley’s third album, Eat Your Heart Out. This isn’t to say that Riley (known to the taxman as Teresa) makes inaccessible music. In collaboration with her cowriter Winston Hauschild—who also produced the record and graced it with his own vocals, keyboards, and percussion—the singer has created a collection of well-crafted tunes. The highlights are probably the title track, a gritty gutbucket stomper that opens the LP, and the apparently untitled song that closes it, which is a straight-up big-band–era swing number.

It’s all perfectly good music, but Riley isn’t going to be cutting into Katy Perry’s market share. One guess how many fucks she gives about that.