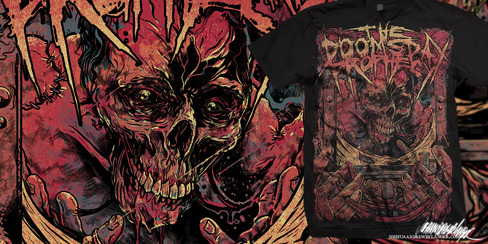 About The Doomsday Prophecy

While only being together for 2 years now, the members of NJ based metal band The Doomsday Prophecy are no strangers to the music biz or one another. Singer Brian Kellner and bassist J.V. Bastard have played in multiple bands together for almost 15 years. Guitarist Loki has also toured in several bands with J.V. including Gotham Road, which featured ex-Misfits singer Michale Graves. In their short time together The Doomsday Prophecy has played the NY/NJ club circuit, leaving promoters bands and fans alike begging for more. The band has just finished writing and recording their debut record (Referred to affectionately as" Untitled 2011") The 10 track 45 min record is in its final stages of production and has quickly demanded the respect of local promoters, press, bands, and clubs. The Doomsday Prophecy aims to provide a concert vibe and performance at a grass roots level, and they achieve it! Their determination and business ethic assure you this band will not be operating on a grass roots level for long.