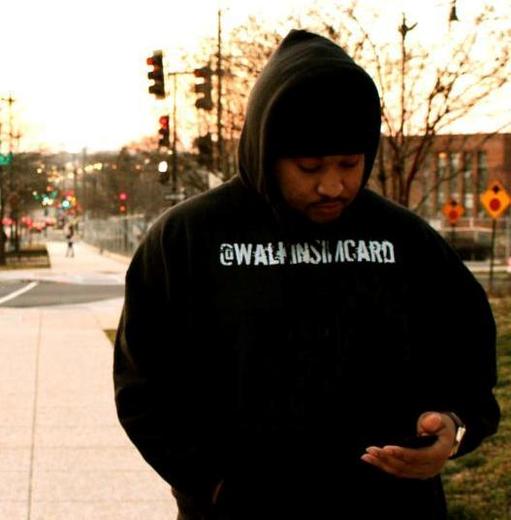 Coming from a city where there's a blend of power,history,& elegance, B.I.G. Fella is the new up & coming talent out of the District. B.I.G. Fella also known as "Walkin SIM Card" was born and raised in Washington, DC ( S.E.). B.I.G. Fella has been flooding the internet/blog sites scene with his various mixtape collection. "Ima Walkin SIM Card!!! Mixtape","Ima Walkin SIM Card!!! 2 Mixtape",& "My City Never Satisfied Mixtape (Double Disc)".Also you cant forget his first original project entitled "Let Em Hate EP",which contains a high level of word-play from the artist himself.

B.I.G. Fella graduated from a HBCU where he received his Bachelors Degree in Business Management. His characteristics as a young gentleman consists of being a people's person,laid back & down to earth. Far as B.I.G. Fella's lyrical qualities, he is known for his word play,creative flow,& story telling! B.I.G. Fella is 1/4 of The Metro Cartel (Local Rap Group from the DMV)!

Also be sure to check out upcomig projects from B.I.G. Fella (below in the Discoghraphy Section). The latest  B.I.G. Fella projects are the"Instrumental Graveyard: The Ghost of Christopher Wallace" & "Simply Perfect: The Patron Theory EP" [Digital Only] 2011. BI.G. Fella put a lot of hard work and dedication into his mixtapes & albums,now he’s about to start working on his new joint album “Since The Sandbox" with childhood friend,Young Ridge (@YoungRidge22). "Since The Sandbox" is produced by The Techkeyz (@TheTechkeyz),it's expected to drop in December 2012. To end this segment on a good note, B.I.G. Fella would appreciate it if you’ll leave positive feedback and comments and let him know what you think.