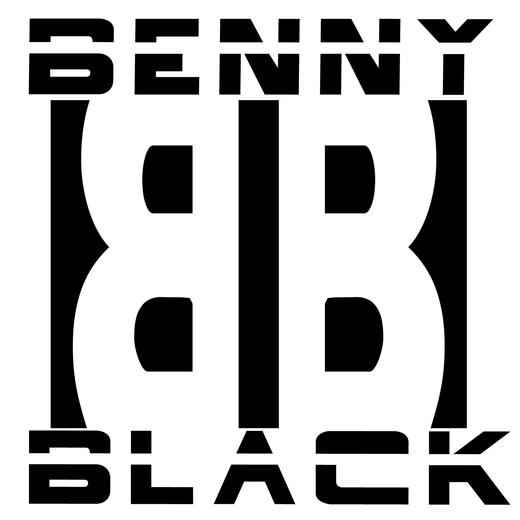 Benny Black is a multi-dimensional artist with a serious focus on the creative and business oriented aspects of today’s music industry. Not only is he an emcee, a producer, and an accomplished DJ, he is also the C.E.O. and co-owner of an indie label, Conspiracy Theory Entertainment Group (CTEG). In his role as the C.E.O. of a small label, he has had the opportunity to work hands on with his artists and assist them with their individual development as an artist. Years of experience in various facets of the music industry, including college and commercial radio, have given Benny Black a wealth of knowledge to better assist his artists with.

From a very young age, Benny Black had a strong interest in creating music. As hip hop began to spread throughout the tri-state area, he was exposed early to the new culture by hearing songs like “Rapper’s Delight” and “Planet Rock” on the radio and on tapes when his half sister would visit from Queens. A new concept in television would cause his interest to peak. When MTV launched and music videos became more and more common, a trio from Queens, NY would not only hold his attention but change his perspective on music. Run DMC’s “King of Rock” video influenced him for years to come. He was fascinated by the art of MCing and DJing. The straight forward yet witty lyrics combined with hard, gritty beats and aggressive attitude was adopted and imitated by a young Benny Black.

By the time he was a sophomore in high school, he had already started DJing (with paid gigs, even) making beats and writing rhymes. For Christmas, he got a four track cassette recorder and started recording rudimentary tracks. Eventually he met a keyboard player from a reggae band (Cool Runnings) named Jay Williams (Thang Duece/JasWho). Jay took an interest in Benny’s music and offered to record him in his home studio. Benny enlisted the help of his friend Hakim (Ak The Brother Grimm/Ak-Z) and began recording with and learning from Jay and from Hakim’s father (accomplished jazz musician Kalem Zarif aka William Gault). In addition to recording his own tracks, he also started what he calls a “side hustle” creating and selling mixtapes. He didn’t make a ton of money, but he did gain experience working with stores and selling tapes directly to consumers. Part time jobs and “side hustles” helped him save up enough money to buy a new drum machine, the Boss DR-5. Before long he had mastered the machine and was recording tracks in his own home studio on an almost daily basis, with his friend who went by the name of Dome Piece. The two would explore various topics in their music, including the impending downfall of hip hop as an art.

After graduating from high school, Benny joined the Army and served on active duty for two years. While serving in the military, he continued to write rhymes and record music. On weekends, he would drive from upstate New York (Ft. Drum) to Connecticut and make beats and record in his home studio as well as going over his friend Hakim’s apartment (known as the Funktion Station) to freestyle and share music. Hakim and a friend from Job Corps (Shovel) had formed a group called the Green Leaf Function Team. In 1998, Benny Black returned home to Hartford, Ct and, after purchasing an Akai MPC 2000, he started making beats and producing tracks with his partner Hakim, now known as Ak-Z. Soon, another Funktion team member, Big Will (aka Chillrock) began to show an interest in beat making, so Benny gave him his Boss DR-5 drum machine. In no time, Funktion Team Productions’ reputation began to build. A connection of Hakim’s in Harlem showed an interest in the duo’s production style and started shopping beats to established artists. Unfortunately, a beat that Ak-Z produced was stolen and used by a major artist without payment or permission. The set-back caused the two to take a momentary hiatus from production.

Returning to his roots as a DJ, Benny Black managed to get some airtime on a college radio station, 89.3 WRTC Fm (Trinity College). After a few months of doing fill-ins and over night air shifts, he was given a permanent time slot. He brought in his long time friend and collaborator, Ak-Z. Together, they built their All Thangz Hip Hop show into a mainstay on the late night airwaves in Hartford. During this period, Benny Black was given the opportunity to work as the Urban Music Director for the station. He was able to learn a great deal about how music is promoted, and made several valuable contacts. In 2005, Benny Black moved on from The All Thangz Hip Hop show, and went back to school. In December 2007, Benny Black completed his Associate’s Degree in Communications. Since then, he has worked in a newsroom, reported and produced traffic reports on commercial radio, started a record label, written a few books, and continues to further advance his career as a DJ/Producer.

The summer of 2009 proved to be huge for Benny Black’s mixtape career. With a total of just over 25,000 downloads, his name recognition earned him a nomination for ThatCrack.com’s mixtape DJ of the month for July 2009 (2nd runner-up). With his artist O.G.’s constant appearances, Benny Black has used the mixtape game for more than just self promotion and has been able to get his main artist a great deal of exposure. He has also gotten attention over seas. A mixtape released in the fall of 2009, Classic Slow Jams, gained global exposure for Benny Black, with sales and downloads in Europe and Japan.

2010 brought about a lot of changes for Benny Black. In addition to DJing for Tableek, Benny Black was the DJ for Political Animals, a live hip hop band from Connecticut, for a while. This afforded Benny the opportunity to perform at various new outlets, including a music festival in Vermont. He was also the back up DJ for the western Massachusetts crew Problemaddicts. As for mixtapes, 2010 was huge. With more than 7 releases, including his artist O.G’s Chronicles of a Hustla, he totaled just under 100,000 downloads and sales combined. He has also DJed shows for artists such as Tame One, Sadat X, J-Love, Camp Lo and has opened for artists ranging from Jedi Mind Tricks (with Political Animals) to Pace Won to Artifacts to Gza (with The Professors) and several other artists. In 2011, Benny Black headed north to DJ for the Problemaddicts and Political Animals at the Ziontific Productions Summer Solstice Festival in Stockbridge, VT. Since then, Benny has been a consistent presence at the festival, DJing for The Professors as well as DJing a silent disco event each night at the festival (with some of New England’s finest DJs). 2013 is set to be a ground breaking year for Benny Black, with solo releases, shows, and mixtapes planned for Summer of 2013.