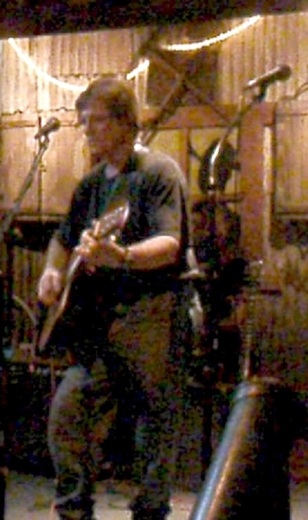 DAVID WAYNE BAKER has been playing guitar and involved in the production of music for most of his life. Started learning and playing guitar since the age of seven (1966), David has developed a unique style that is all his own. Even the Covers he plays are often "better" than the originals - at least that what people always love about his music.

His fans have been heard saying: "What isn't uniquely his becomes a new and very cool new way to hear some of the favorite covers from the 70s and 80s because when he plays and sings them - they become original all over again!" You have to hear it to really appreciate this factor of that way of making everything he plays - his own in some way. Very talented and very sharp fellow, to know David is to gain a new friend. Very well liked and appreciated among his friends and sharp as a tack, especially when you get him talking techie. He was the Spotlighting Effects Engineer for the robotic spotlighting technology used by the U2 Band during their Joshua Tree and Rattle N Hum World Tours, just to prove that point! Enjoy the first release - ONE DAY AT A TYME! a Blind Luck Entertainment Production.