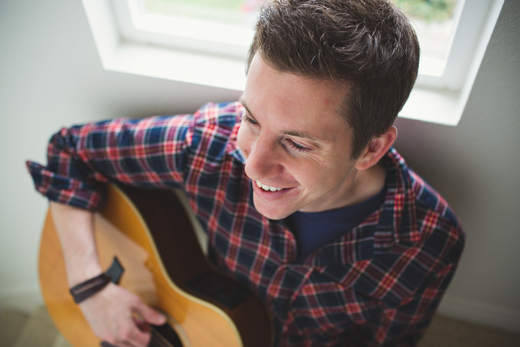 *Born and raised in Kansas City, Derren Raser undertook the Southern California music scene and emerged with his Midwestern sensibilities intact.  He recently released his award-winning new album "Home In This Direction," and currently in the midst of completing a new EP, due out Fall 2016.

Reviews of Derren’s new album “Home In This Direction,” and full-bio appear below:

“Raser transcends labels, fuses different genres and influences, and creates [his] own musical niche.” “Smart and poetic lyrics, gentle melodies and hints of The Beatles. . . His vocal tenderness will move you to tears.” Janet Goodman – Music News Nashville

“Nearly every song on the richly composed ‘Home In This Direction’ attests: Raser is ready” Jason Harper — KC Pitch Weekly

“‘Home In This Direction’ is a magnificent album, man. You done good. In fact, you done great.” Frank Gultch Jr. — Rock & Reprise

“‘Home In This Direction’ is a delight!” Frank Kocher — San Diego Troubadour

An old soul in a new age, Derren Raser stands out from the monotonous fray of popular music. Witty, well-spoken and wise beyond his 30-something years, singer-songwriter Raser will move you with his thoughtful lyrics and haunting melodies. His ballads are old-fashioned folk stories and beautiful tributes to love lost and found.

Combining lively folk-rock and classic singer-songwriter traditions with the hard edge of contemporary pop and rock influences, he has honed a cutting edge sound that is immediately both fresh and familiar. His music has been described as "Simon and Garfunkel meets the Shins.” It is music that sounds equally at home on an old dusty hi-fi or in a sleek new iPod.

Born and raised in suburban Kansas, Derren has undertaken the Southern California music scene and emerged with his Midwestern sensibilities intact. He employs a thoughtful, sincere approach to songwriting and performing – his dynamic live performances have been described as “emotive expression that is nearly flawless in its purity" (Jake Sibley—944 Magazine). His guitar work is centered on pristine and intelligent arrangements, each note placed to complement the stark clarity of his unmistakable voice. This combination of intention and talent is rarely achieved and is not easily forgotten.

A versatile performer, Derren is at home playing intimate dives and big name venues alike. Recently relocated to the Midwest, in addition to being a regular on both the San Diego and Los Angeles music scenes, he is also performing regularly across the Midwest and is constantly working to bring his unique music to new audiences. People nationwide are taking notice. Recent winner of the Hollywood Music Award for Best Male Vocals, Derren and his music have recently been featured on TLC’s new show “Must Love Kids,” NPR’s “All Songs Considered,” and have appeared in Music New Nashville, 944 Magazine, Rock & Reprise, Union Tribune, the Troubadour, Pitch Weekly, and numerous online publications. Derren is currently promoting his self-released album, Home In This Direction, which has been hailed as “Magnificient" (Frank Gultch Jr.—Rock & Reprise) and “a Delight!" (Frank Kocher—the S.D. Troubadour).