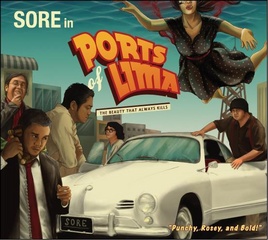 SORE is a Jakarta-based indie band whose musical eclecticism makes a simple comparison almost impossible, that a new term is coined to define their music. Imagine the Beatles grew up in the Pacifics, listening to the music of Steely Dan, Morrisey, Interpol, and Antonio Carlos Jobim, and spending their evenings at the cinema watching some old obscure films

Originally formed by three childhood friends (Ade Paloh, Mondo Gascaro & Awan Garnida). In late 2001 Awan Garnida brought two other friends (Bembi Gusti & Reza Dwiputranto) and together they formed a group which they called SORE (means "late afternoon" in Indonesian). In 2004 and early 2005 they contributed two songs in a couple of compilation albums, the first was a compilation of music from Jakarta’s indie scene called "JKRT: SKRG" (an abreviation of "Jakarta, Sekarang" which translates "Jakarta, Now") released by Aksara Records. The other was an original motion picture soundtrack "Janji Joni,” also released by Aksara

They released their full-length debut album Centralismo (Aksara Records) in the summer of 2005, which was in part became their tribute to Central Jakarta, where most of the members grew up. The music varied greatly from track to track as each member contributed lead singings and song-writings in this album. Their somewhat vintage instrumentation, like the use of vibraphones, mellotron, and horn section might create a reminiscence of the popular music golden era in the 50's, 60's and 70's, only without the parody

The album received praise from all quarters. The Time Magazine Asia acknowledged “CENTRALISMO” as "One of Five Asian Albums Worth Buying", and Rolling Stone Indonesia magazine placed it the 40th in "150 Greatest Indonesian Albums of All Time"

While preparing their materials for their second album, they got involved in four original soundtrack albums: "Berbagi Suami" (Love for Share); "Kala" (Dead Time); Quickie Express; "Perempuan Punya Cerita" (Chants of Lotus), one of which became a hit single, "Pergi Tanpa Pesan,” a reworking of a forgotten Indonesian classic from the late 1950's.

Now, after working their materials for more than a year, they are back with their second album entitled Ports of Lima (Aksara Records - 2008) to great critical acclaim. The Rolling Stone Indonesia recently voted it as the Best Album of 2008 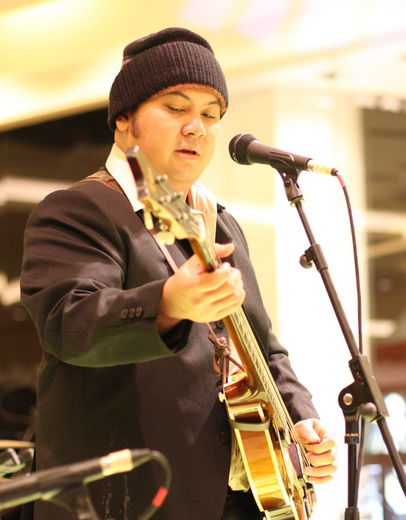 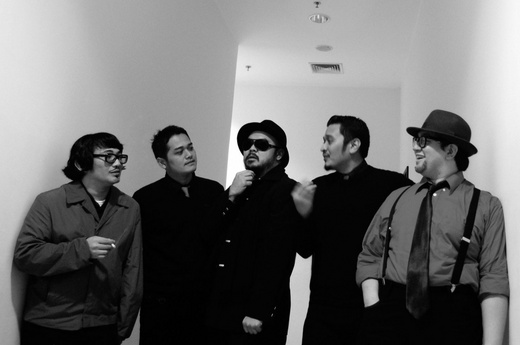 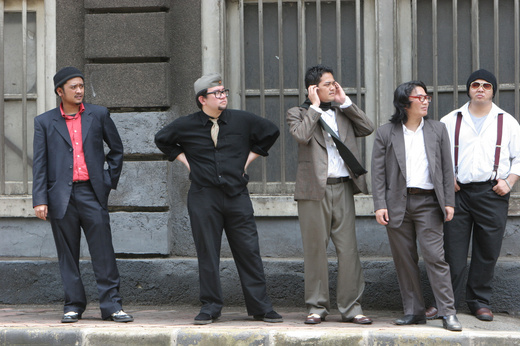 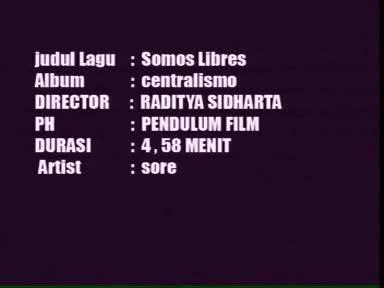 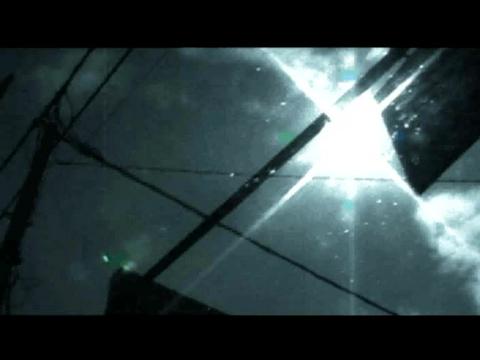 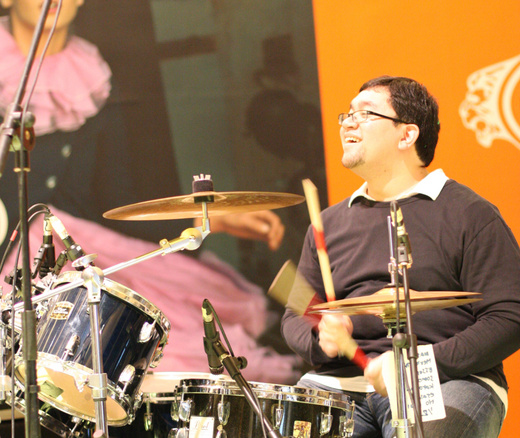 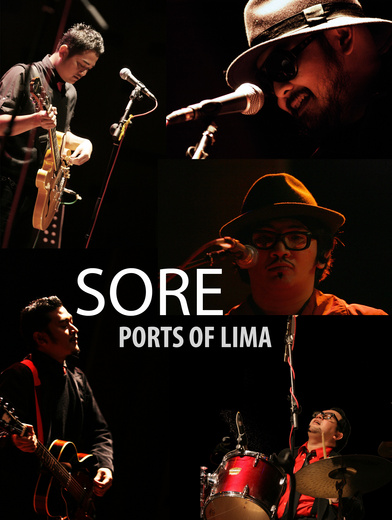 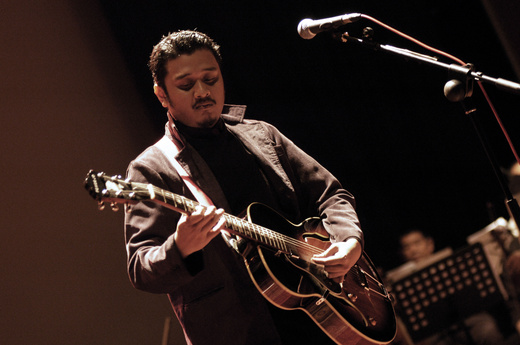 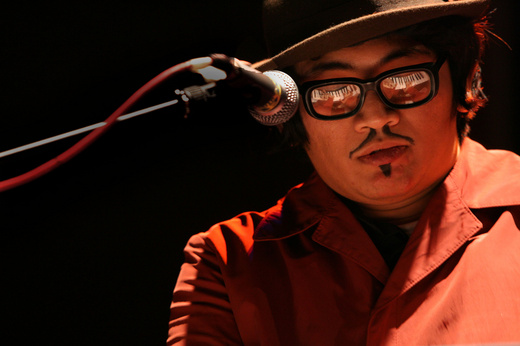 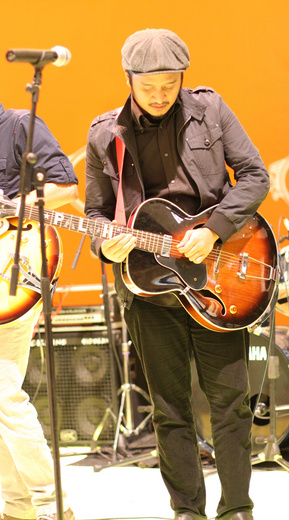 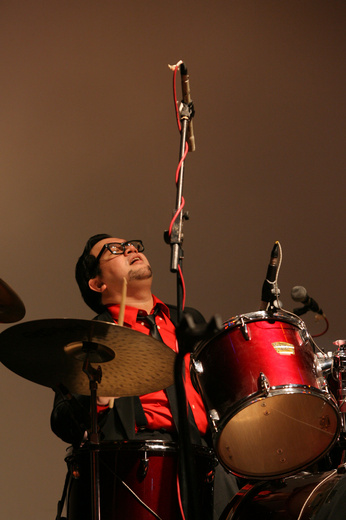 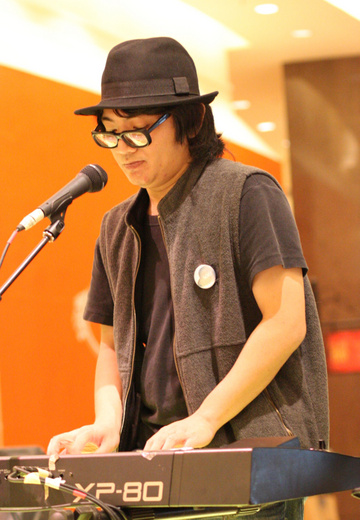 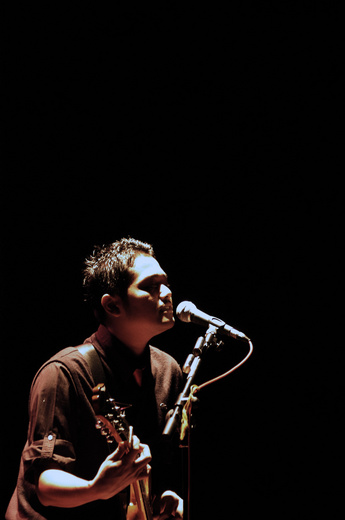 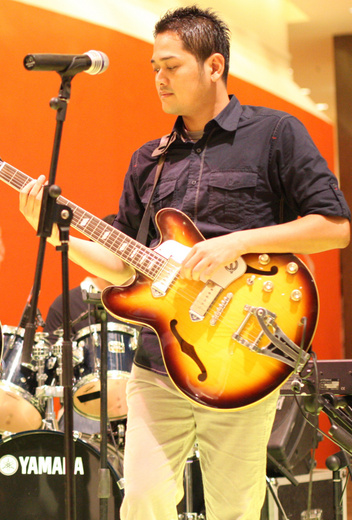 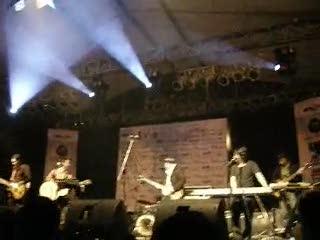 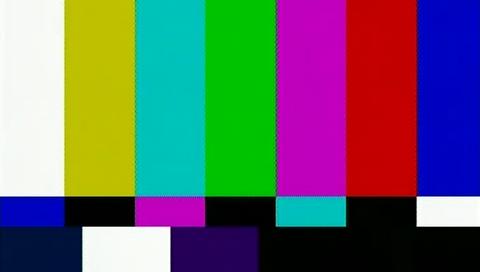 SURPASSING EXPECTATIONS WITH A SOPHOMORE CLASSIC by Rolling Stone Ind. (Apr'08)
SORE – Ports of Lima (****1/2) ----------One of the questions that crossed our mind when we heard Sore’s debut album, Centralismo might be, “could Sore do better than this?” It’s a pretty logical...
PIONEERS OF 'COLLAGE ROCK' by Jakarta Post (Oct'05)
One muggy Sunday night, outside of a cafe in the basement of an office building in the heart of Central Jakarta, five guys sit on the floor talking. As usual, the conversation veers off in the...