With 4 EP's under their belts and another on the way, the band has toured consistently...
The Worsties are a high energy, female-fronted rock band from Nashville that mixes influences from 70’s era punk, 80’s pop and glam, with new wave dance beats thrown.

With 4 EP's under their belts and another on the way, the band has toured consistently since 2008, and have generated quite a stir in the local and regional touring circuit sharing the stage with such acts as Bon Jovi, Kid Rock, Big Boi, Cage the Elephant, American Bang, Saving Abel, Candlebox, Marcy Playground, Theory of a Deadman among others.

The Worsties have had numerous TV placements including Burn Notice: The Fall Of Sam Axe, MTV reality shows including The Real World D.C. and Styl’d, as well as Bad Girls Club and many others. Their music video for Kitty Litter, directed by Casey Culver, was featured in all 800 Journeys locations nationwide as well as Fuse On Demand. 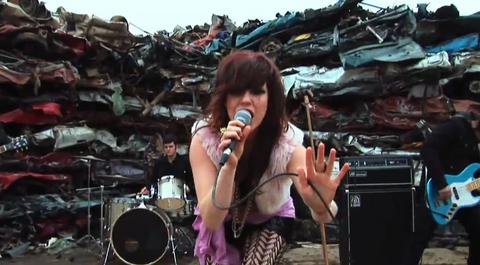 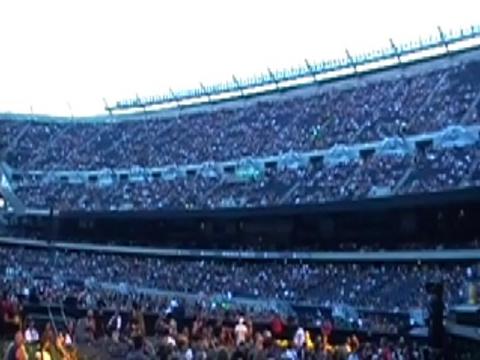 Play
Drop Your Panties and Roll 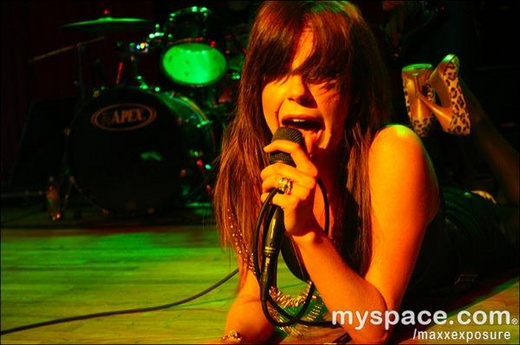 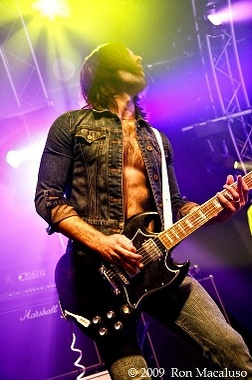 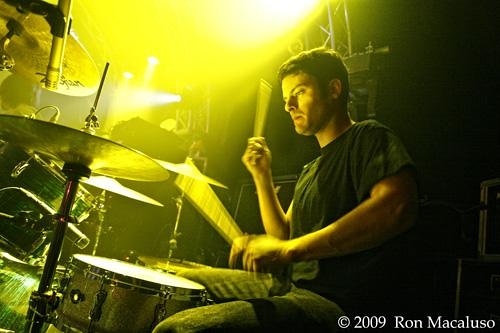 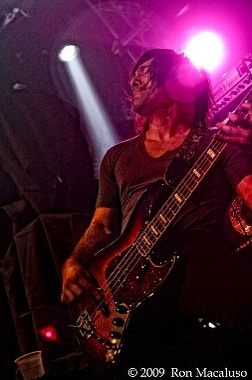 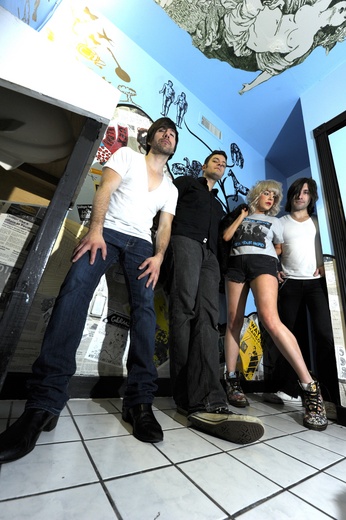 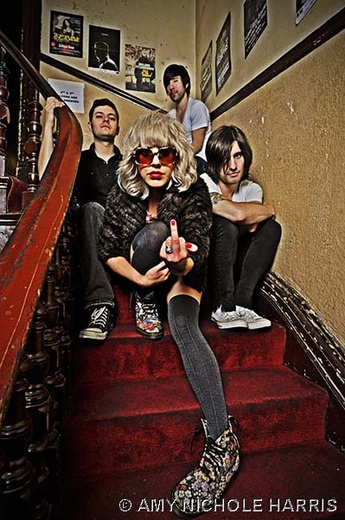 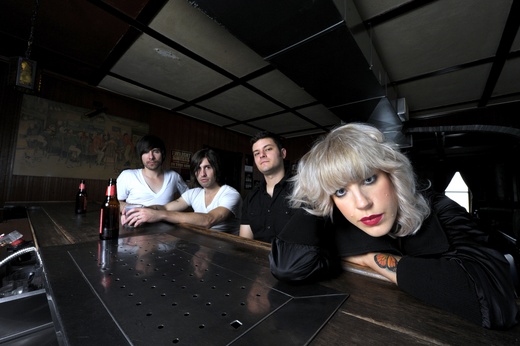 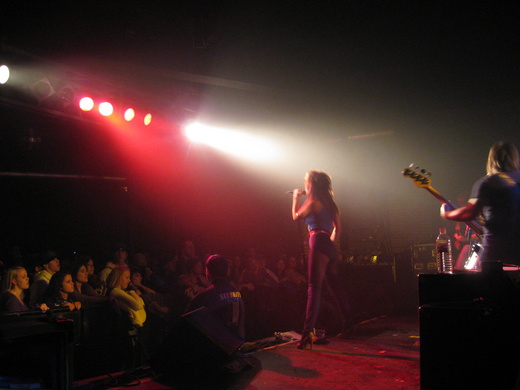 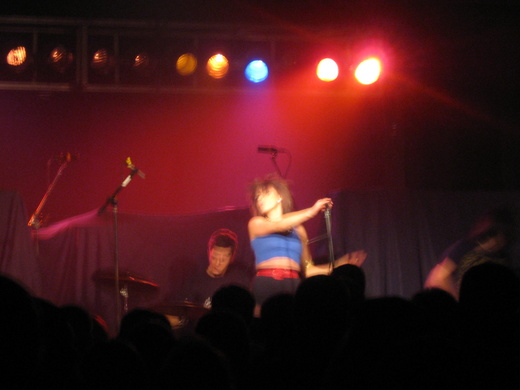 See More of The Worsties' Photos

Win a Year's Supply of Strings & Accessories from Ernie Ball

Win a Year's Supply of Strings & Accessories from Ernie Ball

Love for The Worsties! by
Are you drooling yet? You should be for the most delicious band in Nashville! For those smart enough to hit up The End Friday night (April 25th, 2008) you are in for the sweet treat of a lifetime....
Diesel:U Music review of The Worsties by
What would you expect from “America's Most Delicious Band"? Probably a pair of insanely hot legs dangling out the front, probably some buff hairy men holding up the back, probably some slightly...

Love for The Worsties! by
Are you drooling yet? You should be for the most delicious band in Nashville! For those smart enough to hit up The End Friday night (April 25th, 2008) you are in for the sweet treat of a lifetime. The Worsties will be taking the stage at 9PM with the saucy minx Anna Worstell on vocals, Jesse “the worstie” Worstell on guitar and background vocals, and the strummer of my heart Jairo Ruiz on bass. If you’re looking to quench your thirst for mean riffs, guitar licks, hip-swaying melodies, and one hot unpredictable performance this Nashville-based group will surely appeal to your insatiable punk rock palate. Add great catchy music and likable band members and The Worsties certainly have all the right elements to be great.--NashvilleEdge.com THE WORSTIES EP RELEASE PARTY On their latest EP Put Your Babe On, local pop rockers The Worsties come full force, ripping through five tracks of mean riffs, surfy guitar licks, FM-ready melodies and layers of ball-busting female vocals. Highlights include “Tone Deaf,” which kicks things off with the kind of razor-sharp angst and polished punk attitude that would sound right at home on the Warped tour, and “Drop Your Panties and Roll,” a refined spin on raw garage-rock grooves. The Worsties unleash it into the world this Saturday with a release party at The 5 Spot featuring fellow power poppers Mean Tambourines and local slicked-up rock ’n’ roll purists Gone City. 9 p.m. at The 5 Spot —SETH GRAVES Nashville Scene Nashville rock trio The Worsties celebrate the release of their new EP "Put Your Babe On", a quick and dirty five-song set of feisty, sinister post-punk. -Nashville Rage Nashville post-punk band The Worsties are sure to have Uncle Pleasant’s rocking on Saturday night, when they stop to promote their new Put Your Babe On EP. The Worsties blend energetic post-punk with some dirty pop and garage rock on the new EP. Anna “Madame Worsty” Worstell fronts the band, and is responsible for The Worsties’ raw stage presence and in-your-face presentation. Jesse “Worsty” Worstell, delivers melting guitar riffs that combine the best of garage and punk influences for an explosive sound. LEO Weekly (Louisville, KY) Nashville's The Worsties toss a shot of arena rock into a blender of post-punk. The Courier Journal Louisville
Diesel:U Music review of The Worsties by
What would you expect from “America's Most Delicious Band"? Probably a pair of insanely hot legs dangling out the front, probably some buff hairy men holding up the back, probably some slightly risqué song titles, probably some dumb press release calling themselves “America's Most Delicious Band", but what else? On record, Nashville’s Worsties are peddling a surfy, punched-up garage rock, full of jerky guitars and questionable morals. Live, they’re something far more exciting. The energy goes up 200%, with lead singer Anna Worstell coming across like a hot sexualised version of Juliette Lewis, if you can imagine such a thing.
American Songwriter review by
So here is what you need to know about Anna Worstell, lead singer for The Worsties: she is not Gwen Stefani or Hayley Williams from Paramore or Courtney Love. She is the frontwoman with the badass swagger, the chick with the sky-high heels and holy crap, can she sing. The Worsties are Nashville’s answer to the ska/punk-pop revival and at the band’s performance for Next Big Nashville Thursday night at 12th and Porter, Worstell– along with guitarist Jesse Worstell, bassist Jairo Ruiz and drummer Nathan Shelton– had the mostly-female crowd eating out the palm of Anna’s perfectly manicured hand. Here is why The Worsties rule: they are not an indie rock band, though all signs might point to the contrary. It’s evident the band members have their individual musical interests; Anna obviously has some ska in her and Ruiz some heavy metal. The band itself describes their music as “hot, party drenched rock” influenced by indie gods The Pixies and Siouxsie and the Banshees, and quite honestly, I can’t find a better way to describe it. Any way you slice it, The Worsties are light, poppy, unadultered fun. “I’ll tell you a secret if you promise not tell,” Anna coquettishly cooed before letting her vocal chords pummel our ear drums on “Don’t Mind Me.” I was sure she was either going to make out with someone or kick their ass. “That was a good song,” the man to my left said stoically as the track ended. I think he might have been in awe — as the majority of the men present were — though it has to be said it could have had something to do with the sequined hot pants worn by the leggy lead singer. Find out the next time The Worsties hit the stage ’round town. Come ready to dance and shout along with one of this region’s most engaging, high energy acts on the stage. “L-E-T-S-G-O! Let’s go! Let’s go!” might be stuck in your head for days after. You’ve been warned. – Samantha Spector from American Songwriter