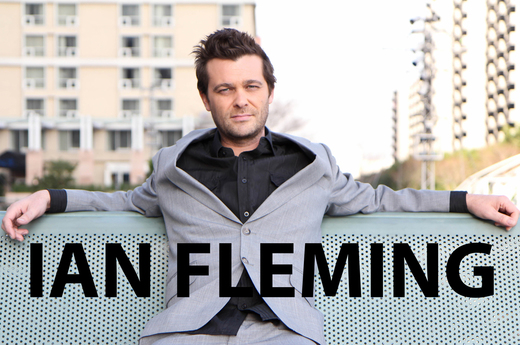 Ian Fleming is a dynamic artist from Los Angeles.


Ian started his career as the original force behind the classic cult
black metal band Ritual.

Ian progressively began expanding his range of songwriting, and love
of music in general. He was writing and playing by himself and had
troubles finding like minded musicians in Los Angeles to accompany
him. This spawned the
idea for "The Secret Agents." It was also an obvious choice being that
his name is what it is. So began Ian Fleming & The Secret Agents. The
self-produced debut album "The Wrong One" was released in March 2009
to rave
reviews and impressive success. The band opened for rock legends Blue
Oyster Cult in the summer of 2009. The hit single "I Suck" has
generated a lot of attention and has been played on many major FM
radio stations
throughout the world, including a feature by KROQ's Kevin & Bean in
Los Angeles. The song " Far Away" was picked up for rotation in
Landmark Theaters in 2010.

Ian continues to write and produce and love all kinds of music. From
Reggae to Black Metal and everything in between. A new Ritual album
"The Resurrection" was released in 2011 and is being very well
received. Ian is currently keeping himself busy going to school
learning music theory, working hard on a new Ritual live show and a
new Ian Fleming album as well.