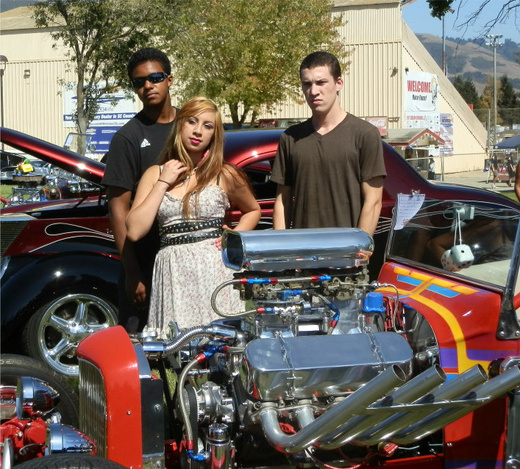 The band influences are wide ranging - Suicidal Tendencies, The Dead Kennedys, Iron Maiden, System Of A Down, AFI, My Chemical Romance, Avenged Sevenfold, Def Leppard and many more.

They have pursued every performing opportunity to get their music heard, performing nearly 400 shows since forming in 2006. They won a judged Seventeen Magazine & Converse Shoes contest as a next potential breakout artist and were flown to Philadelphia to perform live at the Rock The Runway fashion show. They were chosen as on of the top ten high school bands in the country by National Record Store Day in 2010 in another judged competition and their song, Haunted, was the lead track on a vinyl compilation album released across the country. Other performances include Candlestick Park in San Francisco for the 49ers in front of 40,000 people on a few occasions, Great America Amusement Park, Winter NAMM 2011, and clubs such as The Whisky, The Catalyst, and The Avalon.

The band first recorded a six song demo in 2006 at the ages of 12, followed by the Clone/Angels In Heaven demo in 2007 when the members were 13/14 years old. That was followed by another 4 song demo in 2009. Thier most recent demo was self produced and recorded in the summer of 2011. In additon, Jackie is endorsed by the Daisy Rock Guitar company and Brace Audio Wireless Units. This is a hard working band that appreciates the opportunities they have been given and in a live setting, they give their all to entertain.