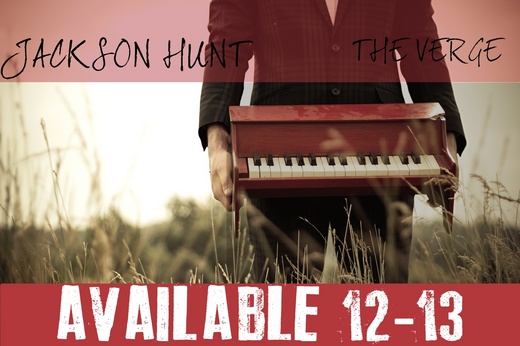 Just one man, trying the change the world with a piano

Jackson hunt is a singer/songwriter with a love of piano, from his vast collection of toy pianos and painted uprights come this beautiful blend of pop melodies with musicianship that rival 18th century greats  His songs capture people from the first chord through lyrics that have been artfully crafted in such a simple pop like manner. Born in Springfield, Missouri he spent his college years building buzz with is his first 3 song EP that landed him his first radio play and licensing deals at the age of 18. Imagine Michael Buble’s voice, Chris martins lyrics wrapped around a modern day Chopin trying to burst through a radio friendly pop sound.

Now after releasing his much anticipated Debut album " The Verge", Jackson has toured the country and played everywhere from NYC, Chicago, LA, MIAMI, San Francisco and all the Midwest spots in between. This summer he will be doing his first world tour performing in musical festivals in Amman, Jordan and Jerusalem Israel.  After studying music in college as double major in piano performance and vocal education, he now spends his days developing his songwriting and has over 100 songs to his credit.

Now residing in Los Angeles, Jackson has been teaming up with multi-platinum songwriters & producers as he begins the next stage of his career as a songwriter/producer.

He plans on becoming a major player in the music industry, keep an eye out for this up and comer.