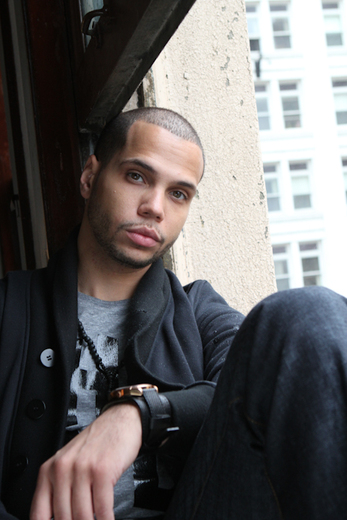 On June 29, a Legend was born. Born Joshua Gunn, this Durham North Carolina native began performing as early as his voice could pronounce words. Known to his fans as J. Gunn, he would sing in talent shows and even door to door for money to satisfy his thirst to perform even before he was old enough to attend school. Surrounded by the musical influence of his father’s passion for soul and funk records, and coupled with his older brother’s love for hip hop during its golden era, J. Gunn became quickly drawn to the art of emceeing. After penning his first rhyme at the age of seven, and performing that same song in a talent show that year, people immediately recognized that this was no ordinary young man. At just nine years old, J. Gunn began to enter every talent show possible and started winning prize money for his performances. While his lyrical ability was obvious, his subject matter more closely reflected those of his early influences such as Common Sense, Big Daddy Kane and Nas, than those typical of a rapper his age. His non-traditional lyrics proved to be an obstacle for J. Gunn to gain the attention of major labels. As he matured into his early teens, freestyle and battle rapping became his forte. He entered and won his first major freestyle battle (the inaugural “Dual of The Iron Mics”) at the age of 13. Continuing to “battle” throughout his teenage years, J. Gunn accumulated nearly 200 freestyle championships garnering him major credibility within his region. It was evident that now was the time for J. Gunn to pursue a record deal. At the time J. Gunn signed his first independent record deal he was recording under the name “Baby J”. The year was 1999 and the deal was with Mike City of Hectic Records. Though the Hectic situation was short lived it allowed Gunn to record a song entitled “Blaze It Up” with one of his childhood idles, Big Daddy Kane. J. Gunn then entered a management period with Terminator X of Public Enemy and officially changed his moniker from Baby J to J. Gunn to reflect the maturity and growth he had obtained as an artist. A demo/album was recorded and was shopped to labels. Though some positive contacts were established, a record deal to release the long awaited J. Gunn project was never solidified. The following fall Gunn would enroll in North Carolina Agricultural and Technical State University, and continue his reign on the local hip hop scene conquering on campus battles and local shows. During the entire growth period Gunn’s close friends (K Slack and Killa K) remained by his side. This loose partnership in rhyme eventually would develop into a group known as THETHYRDAY (pronounced The Third Day, in reference to the rebirth of hip hop). Together they began working on the first installment of 9th Wonder’s compilation, “Mr. Dream Merchant, Vol 1″. The Group first began to operate under the direction of Terminator X, but later signed with the indie label Street Flava Entertainment started by their mentor and local college radio Deejay DJ Samps. Touring across the east coast and releasing an album (“The Perfection Xperiment 2″ which featured production from 9th Wonder, Krhysis and Nicolay of Justus League fame) created a legion of internet and international fans. THETHYRDAY would later disband in 2006 due to creative differences. Rising from his tumultuous musical past, Gunn remains one of the most highly sought after and anticipated artists in North Carolina and the greater Hip Hop underground. After a short partnership with the now defunct Nxlevel Music Group, which produced one critically acclaimed project entitled “The Sky…” Gunn and his long time friend Rashad Ladson created the joint venture known as Red Eye Lifestyle. Red Eye Lifestyle is a lifestyle brand that will promote the music, entertainment, and digital media centered around the lifestyle of young entrepreneurs. The first offering under the Red Eye umbrella will be “Earl Manigault,” a mixtape of original material set to be released in the early weeks of August. To know Red Eye is to experience it, and we formally welcome you to a new chapter in musical history, welcome to the world of J.Gunn, and welcome to The Red Eye Lifestyle. “No Sleep ‘Til Success.”