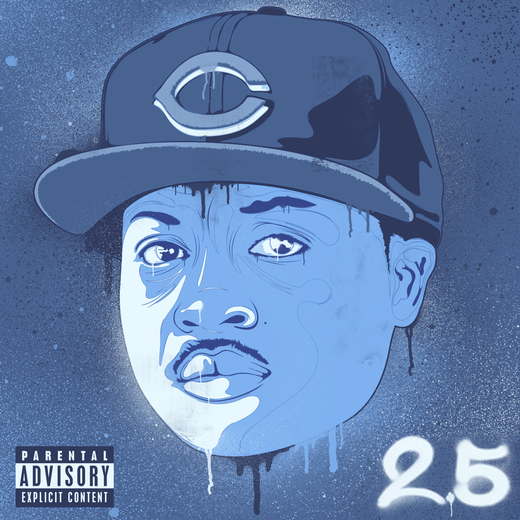 "Nobody’s gonna wait on you."

This is the mantra of hip-hop artist losLauren718. It's what prompted him to rhyme for veteran rapper AZ in a nightclub in 2005. It’s part of the motivation that led him to being featured in The Source's Unsigned Hype column in 2006. It's why, not seeing the opportunities he desired, he opted for grad school at Florida A&M University, earning his MBA, and why he joined the Air Force. It's what's been the inspiration behind his company, and record label, Allergic to Failure, since its inception in 2012.

Splitting his time between The Bronx, and Florida, losLauren718’s music incorporates both traditional NYC lyricism, and Florida’s history of melody and bass. Listeners will also find a refreshing dose of honesty in his work. He points to a humorous, but authentic, line from his upcoming EP, Shades of Blue 2.5, due out September 27th, as he raps, “Stingy with dough / fuck Coinstar / I roll my quarters,” noting, “that’s a real fact. I’m not trying to pay 10% for you to roll it up!”

Shades of Blue 2.5 is the fifth EP release for losLauren718. With eight official tracks, plus two bonus cuts, and a preview track of Shades of Blue 3, the deluxe edition of the EP also includes all the radio edits, as he wants to make sure his music can be played in a family atmosphere.

losLauren718 has also previously been offered deals by two major labels, both of which he turned down. The first deal was offered to him while he was still enrolled in school, and he didn’t feel the contract afforded him the stability to achieve the goals he was looking to accomplish. The second deal was a single deal for $2,500, but zero points. “That’s a dummy deal,” the MBA grad explains, “where you make your money is your points.”

Having already been featured in The Source, and on sites such as VladTV, WorldStarHipHop, AllHipHop, HipHopDX, and HipHopGame, as well as on the legendary NYC-based hip-hop music video show Video Music Box, losLauren718 knows a good opportunity when he sees it.

Don’t be fooled by the EP title, Shades of Blue 2.5, losLauren718 doesn’t do anything halfway.