« See all of Tamar Kaprelian's Songs 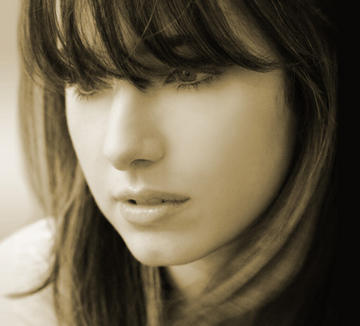 This is my new attitude song,

Just heard this on a commercial for an ABC tv show. Very catchy! =

Just heard this on a commercial for an ABC tv show. Very catchy! =

I just looked up lyrics for both new day by Tamar Kaprelian and joy williams, judging from the lyrics they are two different songs all together even if they may sound the same.
by stormangel85 on May 30, 2010 at 3:32 PM EDT

Ok, because this was driving me crazy I finally went and listened to the Joy Williams song, tried to do some research came out pretty much am on the same page as idk.

For egr9546 - I did not say you could not broach the subject, rather that to state "plagiarism" as a fact without proper supporting facts and investigation amounts to a drive by assault on someone's character, which I find distasteful. I did try to look and find facts on the two songs. Based on ASCAP's web site
http://www.ascap.com/ace/search.cfm?requesttimeout=300, the song by Joy Williams' copyright is listed as

And the most I can find on Tamar's song is that Interscope (a subsidiary of UMG - Universal Music Group) holds the copyright and they are listed as a publisher/administrator under ASCAP. I could not find the song itself listed in the time I spent

Anyhow, based on listening, it is the vocal melody in the chorus that is exceptionally similar. The lyrics have enough similarity just in the chorus to be reminiscent, but my best OPINION/GUESS would be that the only thing I can say with a some degree of certainty is whomever composed the music used the melody in the chorus and I have no clue of with or without permission. Since both parties are ASCAP and large companies, I would guess that Interscope has some agreement.

In terms of the lyrics, especially since Tamar refers to Paul McCartney as a big influence, the Hello/Goodbye lyrical twist could have a start there or from any number of songs, but I could not say that the lyrics are taken from anyone with even a moderate degree of certainty.

So that is what I could find out from a little research. It is probably more of a commentary of what happens when someone with a larger company records and producers, studio musicians and many others start getting involved than anything else, but that again is a guess. Also it was interesting that Joy Williams was not listed as a writer, when I saw her listed that way on a number of sites.

In terms of does that make the song not "original" I would say it entirely depends on your personal definition and feelings. Just realize the number of people who contribute to a song is a usually a collaborative effort, especially as the composition gets more complicated and the production is done by a major label with more money spent.
by bungalowbrian on May 30, 2010 at 5:29 AM EDT

Personally, I don't like this song much, a find it pop-formula. She's a good singer, the song is well-produced, but it's just not my thing...

But it's NOT a cover, and you'd have to be deaf or profoundly confused to think so... different rhythm, feel, even the point of the song is not the same.

Her chorus here has ENORMOUS similarities to the Williams song, no doubt about that. Was it "stolen" or "borrowed" or "heavily influenced" by Joy's song? who knows... should we care much? probably not...