« See all of Anyone's Guess' Songs 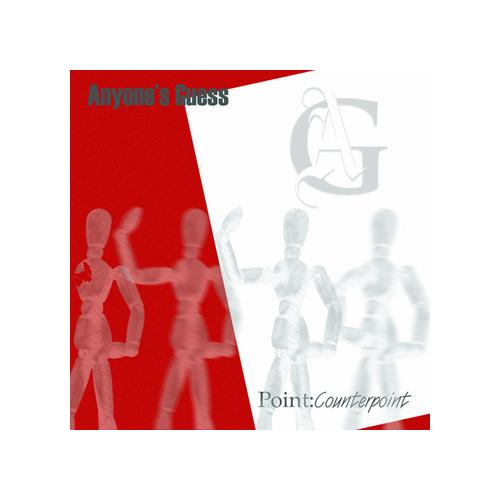 Discography
Anyone's Guess debut double-disc album 'Point:Counterpoint' has been released in June 2008. Anyone's Guess dared to do something unique that few, if any, have ever done in the history of music: They released a double CD with one side featuring the aggressive, electric point of view of each story told; the other, fully acoustic, holds the musically and lyrically different point of view of the same story.
Uploaded: July 8, 2008
Duration: 2m 8s