« See all of Lynn Brown's Songs 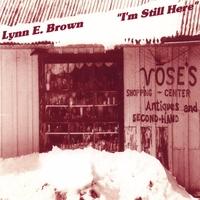 This song from my 2001 CD I;m Still Here is dedicated to an old musician friend I used to play with. He played what is called outlaw music before it was called that. He also turned me on to John Prine. I think of him often when I play. This ones for you Max.
Peace,
Lynn E. Brown
Uploaded: July 4, 2008
Duration: 3m 27s

Comments for Ballad Of Max Plummer