« See all of SLEEPER CELL's Songs 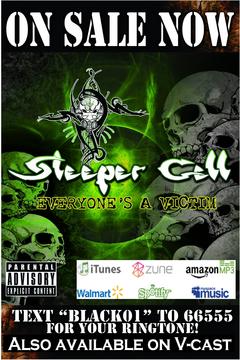 / 3:54
This is our debut video. it was produced by us and George Burton. we shot the video at the old mansfield prison, in mansfield ohio. where they filmed Shawshank Redemtionand it is also where Godsmack filmed there video.
It was about 29 degrees that day. So freezing is an understatement. it has made it to Mtv2 Vh1 Fuse and many other outlets.
Uploaded: January 5, 2011
Duration: 3m 54s