« See all of Amber Reigns' Songs 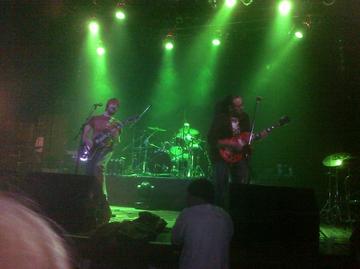 Recorded at Sessions on the River in 2009 for USA 1st who leased the song for there High School seminar called America 1st throughout the USA. The CD version will be released May 14 2010 at the bands CD Release Party although a glimpse of the song will be aired on Giant FM 91.7 when the band is interviewed and they will perform the song live on the air the 12th of May
Uploaded: March 1, 2010
Duration: 3m 57s

Comments for Calm Me Down

ok I'm gonna leave messages at each band and see how many times the same one comes up where I have to vote and see how many of the top 10 bands actually show up and compare. Also note the time a single band has come up in the rotation.
by Aguitar on April 21, 2010 at 8:10 AM EDT

i agree. "BUT"!!! would have been more satisfied if you just went in to "Should have been dead on a sunday morning" LOL!! vocal mix is awful!! no depth. dont get a sense of hooks because of mix.
by chuck guitars on April 15, 2010 at 3:20 AM EDT

When everything came in close to 0:50 I felt like this was as live a recording as they come... It was clean, but it all felt hollow in its presentation. To make matters worst, everything goes "real" distant for your choruses... Sucks. I wanted to really experience this work with "PLOW" in my face engineering. I think you may want to consider recording this work again

The song rules... great vibe, performances, just need to consider new ways of mixing this bad boy down is all

Top 20 worthy, certainly (especially with a better mix), but likely won't nail 1# without that much needed engineering. Too much talent to choose from usually leaves some of the best without a chair to sit in.

A big mix is a deal breaker for many voters... But you didn't get this far without some very obvious skills. Can't wait to hear you guys in all your glory later on.
by Protilius Productions on March 28, 2010 at 7:11 PM EDT