« See all of David Myles' Songs 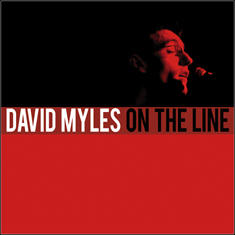 “You don’t see many singer/songwriters who, besides guitar, play trumpet. That’s just one of the differences that make David Myles stand out on his second release. This is one of the most accomplished discs this critic has heard so far this year. You heard it here first: he’s as good as Paul Simon or some other rootsy musical prodigy. Really. A terrific second disc”. Penguin Eggs
Uploaded: September 18, 2008
Duration: 3m 53s

Comments for I Don't Want To Know

That is a really cool song...just flows so smoothly...vocals remind me a tad of Peter Gabriel (OK, that's a stretch, but it does have some semblance)...good luck to you
ChuckieBlues
by ChuckieBlues on January 14, 2009 at 2:44 PM EDT