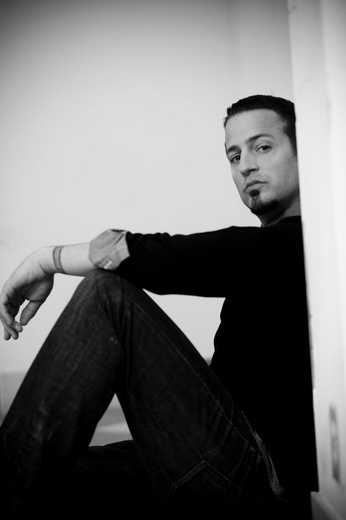 Hailing from just south of Atlanta, Georgia... Michael Tolcher smoothly blends many genres of music to form his own powerful, hooky, and senses-pleasing sound.  He has played his music on street corners and in theatres all over...from New York to Beijing. His ﬁrst public performance was from behind the piano in church at around age 5. He insisted that he not be seen that morning, so he hid behind the piano as he sang...obviously, he is not as shy as he once was.  He continued to sing throughout his childhood in school choruses, talent shows, and in his high school musicals.  His ﬁrst breakthrough as an original artist/songwriter happened at the Olympics in 1996.  Licensed as a street performer, Michael played on Peachtree Street, selling a homemade tape recorded on a 'jambox' in his bathroom...estimated 300 copies sold.   From that came a string of acoustic gigs in local coffee shops and bars.    After graduating from Georgia Tech in '97, Michael set out to hone his craft. He lived in his van(only sometimes down by the river :P) and toured on his own around the country for the next several years... discovering 'life' and his artist-self.  "It was a period of self reﬂection during which I discovered my own meaning of life-- who I am--and what I want to experience in this lifetime."     In 2003, Michael signed a record deal with Octone Records(now A&M/Octone).  He put out his ﬁrst full cd in 2004, "I Am", and proceeded to tour the country for the next 3 years selling over 100,000 copies.   With over 100 new songs written, Michael is currently recording his long awaited follow up to 'I Am' after ending his relationship with A&M/Octone.  "I feel free now to create from my heart with art as my target-- unﬁltered and real." www.michaeltolcher.com www.facebook.com/michaeltolchermusic www.twitter.com/michaeltolcher