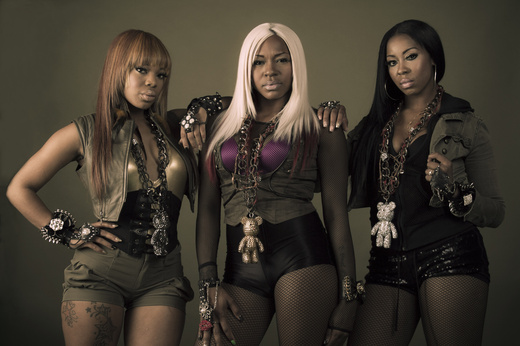 New York and LA are the usual music hotspots over the pond in America but we are currently seeing big ripples heading across the Atlantic emanating from the Southern US City of Atlanta: former Olympic host City, home to the Braves, Falcons, Coca Cola and hotly tipped girl group, BLISS

Residing in the aforementioned Atlanta, the enigmatic and sexy female trio that make up BLISS have created a style of music that is as unique as the group itself and which they define as ElectroPop & B. Breaking that down, the music combines the soulful sound of R&B, mixed with the pop era of the 80’s and with a European Swag that creates relevancy in today’s music market.

“…this enigmatic trio offers music that is rich and full, realistic and diverse, energetic and highly entertaining!” – Street Cred Magazine

BLISS have mastered their sound and coupled it with high energy dance routines and eye catching stage wear. Their solid work ethic has allowed them to concentrate on a universal sound that is appealing and enjoyable to all consumers.

The hard working BLISS have been busy on the production of their debut album, due for release November 2011, as well as undertaking grueling fitness and dance routines designed to prepare them for a life of ‘live performances’. Live is something that the group are certainly not un-familiar with, having already spent the last few years building a name and fan base by performing across the United States and the Caribbean. Renowned producer, Keith Andes (Rolling Stones, Baby Face, Aretha Franklin) is also on board to make sure the recordings are extra tight.

They have performed with many celebrity artists in the United States and appeared on major television networks such as B.E.T. and MTV and their presence has grown phenomenally, both physically and virally.

BLISS have now focused their attention on overseas markets. This movement will further expand their fan base and is a major step towards introducing BLISS as international recording artists.

In early 2011, BLISS reached out with their hearts to the UK and became international ambassadors for The Tree of Hope Children's Charity. More and more artists are giving something back these days and for a group to associate themselves with a charity early on in their career is an admirable choice.

BLISS is due to return to the UK at the end of the year for a special, soon to be announced event.

It is said that the name BLISS is an acronym for Beautiful, Luscious, Intelligent, Soul Sisters. It’s looking like that description is pretty much spot on.