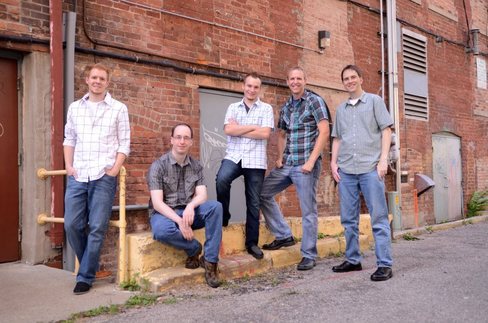 In just two short years, Peak has transformed themselves from a simple worship band to a well-known Christian act; performing at such festivals as the Big Ticket festival and the Ford Arts, Beats and Eats festival. They have played small and large venues and have wowed audiences with their engaging lyrics, meaningful stories, powerful harmonies, and rocking worship music.

Overcoming tragic losses; Peak has worked through the pain and become one of Michigan's premier Christian acts.   Peak has burst onto the scene as of late getting radio play on secular and Christian stations across the United States. Their music has been described as "a sound much like Mark Schultz (with) brilliant melodies and smooth vocals." Peak's sound has also been referred to by fans as: "amazing", "outstanding", "wonderful", and "super cool". They have jumped to the top of the Mid-Michigan ReverbNation charts and they are also in the top 200 of all Christian acts in the United States. Other critics have reviewed their music as a, "...wonderfully fresh combination of soothing songs and a thankful heart".

Peak started out as a worship band in their hometown of Flushing, Michigan. After being together for almost five years, Thomas Kaiser and Pat Santala decided to name the band Peak (inspired from Psalm 95) and start writing music. What transpired was their current album, The Cross Has Spoken. The album was a success and several songs received radio play on secular, Christian, and internet stations alike. The song "My True Love" was featured on Detroit, Michigan's Own 96.3 fm on the Indie Music Countdown radio show. The song "Lead You Home" has been played on several internet radio stations and was also named an Honorable Mention in the 2010 Billboard songwriting contest. "It has been a humbling experience to have our songs being played on the radio and do well," commented keyboard player, singer, and songwriter Thomas Kaiser, "but it is all God's doing, and we owe all the Glory to Him for all of our successes."

The path ahead wouldn't be an easy one. In 2010, Peak lost a very close friend, Danielle Shipley, a Senior at Lapeer West High School, who died in a car accident days before her prom. Lead guitarist Kris Kress thought it only fitting that the group continue their ministry by writing their new single, "Star". But, while Thomas and Kris worked on the project, Thomas and his wife Abbey lost two of their sons to a rare genetic disease. Both babies were born silent. Thomas had this to say regarding it all, "It has been a tough road to go through, but God has led us through it all. He is the reason we write music; to let the masses know about how you can overcome the pain and be His disciple."

The band finished writing the song and recorded it in June of 2010. They premiered the song at the Big Ticket Festival that month and released it on a limited edition EP. Since then, "Star" has become a moving testimony to many who have lost someone they love. It has generated lots of discussions and many have streamed to the bands website to listen and follow along with the journey of the song. "It is amazing to have something you write become such a meaningful song to so many..." commented guitarist Kris Kress, "...it just means so much to me to be able to honor my friend Danielle, and to help so many to cope with their loss like I have." With "Star" now finished, Peak continues to work on new material. They have begun to perform several of these songs live. All of these songs will be coupled with the "Star" and will be released sometime in 2012.

Through it all, Peak has kept their focus of spreading the message of Jesus Christ. "Our biggest mission is to spread the word of God. Our music and testimonials are the easiest ways to reach people and allow God to enter in their hearts" stated acoustic guitar player and lead singer, Pat Santala. Every Sunday they continue playing for their church and being active in their community in Flushing. This has been a big part in building the group's identity as a hard working, professional, and Godly Christian act.

Peak also hopes to further expand their ministry by continuing to spread the word of God by playing wherever they can. They have played in several music festivals, secular and Christian. This past Labor day they played at the Ford Arts, Beats, and Eats festival. They were the only Christian act to play out of 250 acts and were received well by fans and event planners alike. They have also played at the Big Ticket Festival's Indie showcase for two years in a row. Thomas had this to say about the band's current and future direction: "We will continue to go out into the world and be a light to the lost by sharing the Truth we hold in our hearts. God has been there for us through good and bad, and most importantly He has given us all eternal life. There are so many that we can help by sharing what we know and God has a path for us to follow. We just hope that He will keep allowing us success and give us more opportunities to play and spread His word." 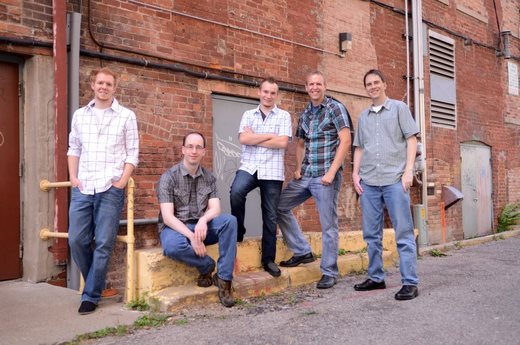