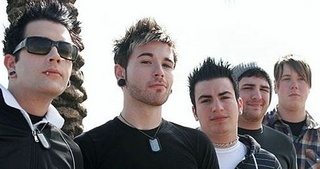 A Dream of Reality

About A Dream of Reality

In spring of 2000, a suburban garage filled with the first sounds of A Dream of Reality aka ADOR. Making their rounds on the local circuit of small clubs and skate parks, five guys from Coral Springs, Florida set out with a common dream: to bring their music to the world. ADOR truly jelled with lyricist AJ Diaferio (Lead Vocals) and Dan Dyko (Lead Guitar/Vocals & Song Writer). Joined by Ben Perman (Bass/Vocals), Kevin Welch (Keys/Guitar & Vocals), and Mike Beruty (Drums/Vocals), under the guidance of producers Matt Jaroszewicz & Marcel Anton. A Dream of Reality cut their debut full-length CD “It’s Nothing Personal” in 2007 on Powerline Records. ADOR is currently touring.

As I grew into the south Florida scene in my early teens, I dreamed of one day revolutionizing the music that would come out of it. Inspired by bands like New Found Glory, Taking Back Sunday, The Used and Alkaline Trio, I put my unique vocal styling to work founding A Dream of Reality. I quickly realized this band is the road to my future and I walk it proudly. It is this drive, along with my partnership with song writer/ guitarist Dan Dyko, and the signing and collaboration with Powerline Records that has won the band respect & recognition in the music scene. It is that passion that fuels me today for any project that I come into contact with.
*************************************

Coming from a family that always had a deep appreciation for music; I began playing guitar at age 8. Taking influence from punk and classic rock bands, I spent my time playing in the local projects while perfecting my art as a writer. During my senior year of high school I teamed up with ADOR bringing fresh blood and a new sound to the band. With no plans for college, I devote every waking moment to listening to and playing the music I love.
************************************

I cut my teeth playing in a regularly gigging preparatory school jazz band. Upon graduating I embarked on a European tour with the jazz band consisting of 11 shows in 8 different countries over the course of 14 days. Throughout high school and college I immersed myself in the local south Florida and Gainesville music scene playing in numerous bands and projects ranging in the style from punk and indie rock, personal loves of mine, to progressive rock, blues and dance. As a student at the University of Florida, my most recent project was a Gainesville based band which won multiple battle of the bands contests and was touted in local columns as the under appreciated band in the area. I have since dedicated my efforts to making A Dream of Reality an actuality and anxiously await and strive for the success that ADOR’s future holds.
*************************************

I got my first keyboard when I was 13 years old. I have learned a variety of different instruments, including guitar and bass, but my true calling was keyboards. When given the chance to show Dan and AJ what I could add to their music, I seized the opportunity. I was welcomed into ADOR in the summer of 2006 and have been rocking the ivory for them since.
*************************************

I really wish I could say that drums were my calling. I never really got into drums until about my freshman year in high school when my uncle handed me down his four-piece Yamaha stage custom and left it in my garage. I set it up and have been playing ever since, in a variety of bands and genres, ranging from metal-core to acoustic. Growing up in Miami, I was more focused on skateboarding until I moved further up north in south Florida and got into the music scene. I met Dan while practicing with my old band at a local practice studio in Coral Springs. At the time it was just Dan in the band. They asked me if I would play for them and I was the last member added to A Dream of Reality.

A Dream of Reality