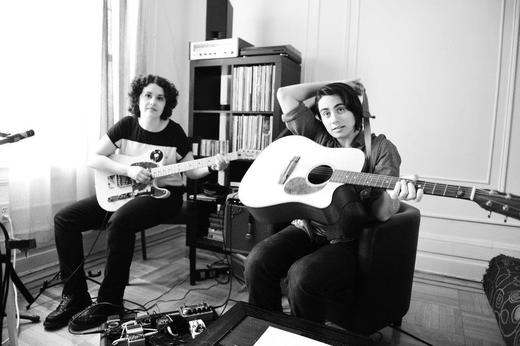 About Bern & the Brights

"Starchild” and “Lost in the Sea” comprise our latest release. These songs debut as a couplet because they go together like peas and carrots, both sonically and thematically. Each of the tunes spill at the brim with undeniable melancholic frustrations with the superficiality of the times, but the angst is assuaged by a skeptical humor, an uplifting vibe, and a touchy-feely message: love is the law

The expansive musical expression of these two songs is our offering of a hopefulness, an airiness of soul, a spark of inspiration, and a reminder that the answer is in the sunset. Keep riding toward it with your stereo blasting, and in that bliss is everything---the sour, the sweet, the poetry, and the party

We are a group of individuals who process life through music and have a relentless, stubborn, and compulsive need to create and share our music with as many people as we can. We are completely unhip because we don’t know what hip means and never think about it. We are elusive in terms of genre (due to a teeming stew of influences, indecision, and a general inability to control our musical ids). Our aim, with every musical noise that we conjure, is to make hearts burst, faces melt, mouths kiss, and bodies move. In short, we are here to bring you an emotional conglomerate including our love, and to win your heart forevermore. And our fans have ours, sincerely. No fake exchanges allowed

OUR STORY . .
“Bern & the Brights” began as just a phrase, a gnawing hunch that woke singer Bernadette Malavarca in the middle of some night way ahead of the band’s formation. She jotted it in a notebook with the rest of the thought: “Gonna start a band. It’ll be Bern & the Brights . . . should be sleeping.

In 2008, by happenstance, the members came together to play one show at a local bookstore-closing. With amps cranked and drums pounding in a room completely inappropriate for a concert, plaster falling from the walls onto tipped over bookcases, an audience with eyes affixed on the band, rows of Converse tapping throughout each song, it was clear B&TB were onto something special

Since then, B&TB have been quite busy. They have performed nearly 300 shows in the tri-state area and beyond, released two EPs, travelled the airwaves, and received warm reviews across the country and the seas

The band is known for their evocative and energetic live show. With radiant chemistry and strong musicianship, they create an infectious, positive emotionality that takes over and transforms any room. Their fan base, playfully referred to as The Light Brigade, is ever-growing and spans a broad range of people who connect with the band’s organic and romantic sound. Their sound has been described as “effortless genre-bending,” and they have been compared to stalwart artists such as R.E.M., Dave Matthews Band, Jeff Buckley, and Coldplay

Bern & the Brights are currently working on finishing a series of studio recordings and continuing regional touring for 2012.