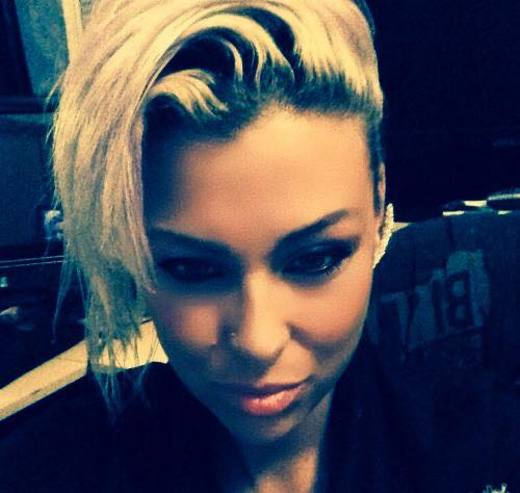 From the moment you first experience Charli LaToven's eccentric, powerful, captivating and sultry voice you're
naturally inclined to want to know more about this talented up and coming singer/songwriter. Charli was born and raised in the Bronx, and comes from a very tight knit family. Her Italian and Latin roots conformed her into an exotic trilingual singing combination. Music has always been a big part of her life. She has performed in numerous festivals, night clubs, and social events since the early age of 15. This has served a great purpose, assisting Charli to evolve into her own...the edgy and natural live performer she is today. Miss LaToven has already taken the first step to getting people to notice her talent.
Charli won 1st place for female division in SONY BMG's New Star Awards which aired on CBS, created by Michael Bloomberg and the Latin Media Entertainment Commission. She rocked the finals at the United Palace after weeks of eliminations at various NYC
venues. Past Sony A&R Ayelet Cohen and Julliard professor Jimmy Justice,
were captured by Charli's "scintillating performance," and felt it to be so powerful they quoted "Lookout Tina"(Turner). After her win, CBS's own Lynda Lopez interviewed her on the morning show.

Charli is currently working on writing all the songs on her album. You can expect lots of strong vocals, fun,
and even personal lyrics combined with pop/rock dance grooves and guitar riffs. " One of my favorites is Broken Glass because its a very confident in your face sexy but at the same time I want my fans to become acquainted with the softer Charli with my ballad "The Place" which I enjoyed combining a bit of country feel to it.

Charli when asked where do you see yourself musically in 5 years?
"You know, some people don't get how much harder it is when you're born in the Bronx, have Latin and Italian roots and your dream is to make it in the business as rock star?? lol It doesn't make any sense to some people , but my life has truly been full of surprises. In the end that difference will give the world a chance to connect with who I really am, my personal story, my struggles and triumphs, and my music...hopefully leaving my mark in their music world. So thanks to all who let me be "ME" that's all."
As fans grow in number, both online and internationally, with every performance; it's granted to say that Charli may very well be on her way to becoming as she would like to be called "World's New International Rock Star".