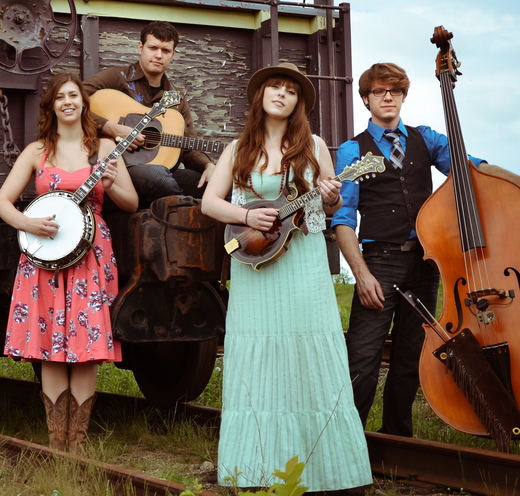 Members of Chasing Blue met in a Berklee College of Music bluegrass ensemble in the fall of 2008. After a successful end-of-semester-performance, appearing as “Slim Wallet and the No Dough Boys,” the band decided to change names and continue picking together. Now graduated, Chasing Blue continues to play an energetic mix of original and traditional material with unique arrangements and foot-stomping style.

These amazing musicians were tapped to headline the Laurie Blue Bluegrass Festival in (Summerside, PEI, Canada) were also a main stage artist for Worcester, MA’s stART on the Street Festival. They were showcased at the International Bluegrass Music Association (IBMA) Fan Fest for three years. Plus, the band made the finals in the 2013 Freshgrass Festival (MASS MoCA, North Adams, MA).

Click here to buy songs from our self-titled EP