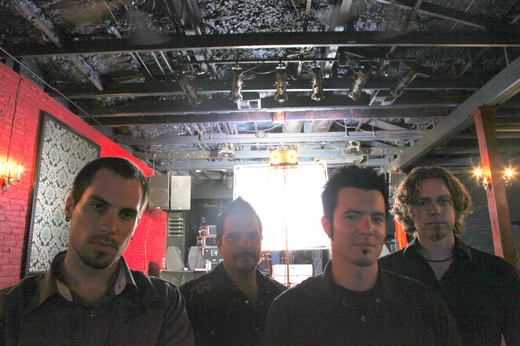 Dawn Over Zero is a brand, and one that is widely known at that. This prolific seven-year-old machine continues to stay relevant and steadfast in this ever-changing music scene. With knowledge gained through major exposure and hard lessons learned, the band is well-traveled and poised for success. Hard work pays off… the listeners hear it, and Dawn Over Zero is still here writing songs about it. The music is not just an aural experience, it’s a heartfelt journey.  No one leaves their shows without hearing a song they relate to - just ask the many Dawn Over Zero fans.

The band has evolved through various line-up adjustments and is now a sonic powerhouse. Guitarist, Steve Abbenante, brings a revitalized feel to the modern rock genre with riff-rich melodic hooks that sing as true and strongly as Mike Mears, the voice that powers the ‘DOZ’ engine. Jonathan Boyce (bass/vocals) and Mack Linan (drums) lay down an intelligent and unbreakable foundation that engages listeners whether they like it or not.

­­­Dawn Over Zero has earned the pleasure of being a John Lennon Songwriting Contest winner and having snowboarding pro, Shaun White, represent DOZ with song placement on his “Red Bull Project X
film. The group continues to gain international presence through a multitude of commercial media representation - they are, by no means, transparent.

In a sea of confused populations searching for the next big thing, Dawn Over Zero is the lighthouse steering you ashore.

DOZ  is here to stay. See you at the show.

Below you will find some recent items from the bands ever growing list of accomplishments and placements.