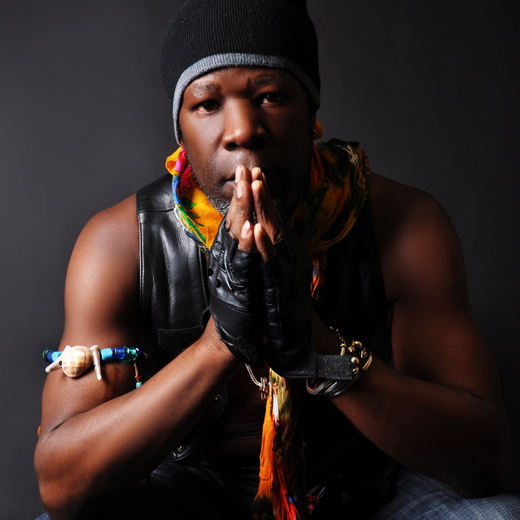 British singer and songwriter Dereck Rose will be the first to admit that his musical journey has been a long and winding one. Beginning in his Jamaica birthplace, and developing in his early years in the UK, it has taken him across Europe, onto Israel and even on top of a giant billboard in New York's Time Square. All along music has been his inner compass and guide." I started composing and performing music in 1969 when I left school. Why? Because that's what musicians do, they write and compose, and for me this came naturally," Dereck explained, and it has also been a source of solace along the way. Placed in a school for autistic children when he arrived in the UK in the late 60s because the authorities had "difficulty understanding me," Dereck left without any formal qualifications. But playing guitar at his mother's Pentecostal church turned out to be his salvation, he said. "Back in those days, I used to go to church, and as I sat and watched those church musicians playing their guitars, I guess I just fell in love with music and the guitar. I composed my first song in church," Dereck said. When "against all the odds," he mastered the guitar; the young musician was invited to join a band in Switzerland. He remained with the group for two years, touring the country and others in Europe including Germany, Denmark, Italy and Norway. Eventually Rose returned to the UK finally settling in a rural community in Southwestern England where he lived for almost seven years. He continued to write and perform, adding sculpture to the mix,

But his musical journey was far from over. After two years of soul searching, Dereck told his then girlfriend that he wanted to go to Israel for three months. "I believed that Israel was always deep down inside me, even as a naïve 16-year-old back in the Sunday school class learning about places like Jerusalem, Nazareth, Jaffa, - Israel had been calling me for a long time, but I did not know how to use my listening skills, until a friend of mine moved over there to live, and it still took two years until I heeded the call."

The prodigal musician gave away everything including his little van, and left for Israel with just his guitar, a small portable studio and a bag. Not long after his arrival, he literally pitched a tent on the beach in Tel-Aviv and stayed there for three months until finally picking up his tent like a Bedouin and moving it to a valley in Jerusalem. Eventually, Dereck met some other local musicians and Together they formed a band and called it "Roots Africa," and the group, which played Reggae and other world music, later went on to release an album and toured Israel.

"I remember all the other band members going back home to their comfortable modern homes, and me going down the valley at 5 in the mornings after the glitz, glamour, and big shows, to sleep in my humble tent, which I loved. It was absolutely glorious," he recalled. Dereck eventually met his Israeli wife in Tel-Aviv where he was playing with the band. After living in Israel for a while they moved to the UK. The couple now has five children, four boys and a girl. In 2009, Dereck’s musical odyssey took another twist when he was named winner of the One Billion Fans Contest by Dutch music-sharing site Tribe of Noise for his song “Painted Boots" Judges included Arne Frager, owner of Plant Studios, host to many of the world's greatest artists including Prince and Aretha Franklin. He said of Dereck, "Excellent music and poetry, very versatile, a true Artist."

Dereck's prize was to be featured on the world's largest digital billboard in New York's Times Square, and his music shared on the company's site. "It was all pretty amazing," Dereck said of the experience. With a wealth of musical influences, Dereck said he is inspired to write about the injustices around him in government and society and issues in black-on-black relationships. They include, "the racial issues and tensions that continually surround black people, who have helped to build up this country from the rubbles of the second World War, the lack of brotherhood between the black people, and the young black men who kill one another on the streets, and the fact that, there will not be a black Prime minister in the UK for many years to come, not even in my life time."

And it is clear his journey will continue. However, whatever his locale, Dereck will always make his music and other creative forms his focus. "I feel like a piece of wood that has been smoldering for years and years, and just about ready to break out into song and a whole load of musical flames, built up by gasses of innovation, experience, determination, know-what-I-want, and a can-deliver-attitude, if given the chance."