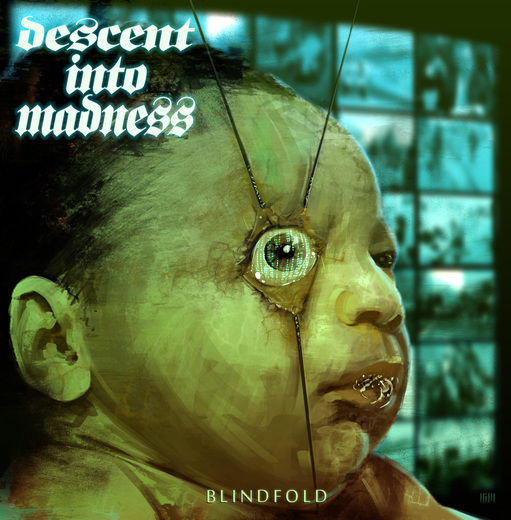 The name Descent Into Madness appeared on the Houston scene in 2001. The early lineup released several gothic metal EPs that met with local success and even peaked some interest at Sony Records. Fast forward 2 years and several personnel changes...in 2003 Alex met Claudio via Houstonbands.net ad. At that point Claudio had just moved from Brazil and was looking for a band to play in. 2004 left the band with a singer departing, members moving towards other projects, others going away to join the corporate world. Shedding the keyboards and the earlier gothic-tinged material, and spending long hours in rehearsal helped Descent Into Madness find their new sound. The effect-laden dirge and midtempo gothic metal and traditional song structures were scrapped for a more progressive songwriting. Deciding to change the formula, Alex and Claudio shared a vision for a heavier and more challenging guitar work with a mix of aggressive and melodic vocals. Originally looking for a male vocalist, Alex and Claudio were approached by Jennifer, and after a stellar audition she was asked to join. It was decided to switch to a mix of male and female vocals, with Jennifer handling the melodic lines and Alex filling in on male vocals. Thus the core sound of Descent Into Madness was born. The first demo EP with Jennifer, "Rites of Illusion" (2005) was followed shortly thereafter with "Fool's March"(2006), which also featured Andy Vehnekamp (Evil Incarnate) on drums. In May 2008 the group finished out the "King of The Blind" EP to critical acclaim, receiving radio play at WVBR, Zsentient, Death.fm and other radio and online music programs. In order to perform live on the strength of the “King of The Blind” EP, Stephen Richardson (ex-Funeral Rites) was recruited on drums. During 2009 to 2011 Descent Into Madness played on the Texas scene with a rotating lineup of bassists, while working on new material as well as rehearsing songs from their back catalog for inclusion in a full length album. In pre-production for what was to be a 2011 release, it became apparent that the band needed to regroup and look for a new drummer. After several lackluster auditions, it was decided that the band would use the services of session ace Marc Norgaard, who had recorded with the group the song “In Silence” in 2008. Tracking for what would become the “Blindfold” EP started in 2011. Descent Into Madness released the first single from the EP in September 2011, and continued recording the rest of the songs during 2012, with Alex engineering and assuming bass duties. The song “Blindfold” met with enthusiastic reviews, and was featured in Recording Magazine's January 2013 edition. The EP also saw the band experimenting with some non-traditional instruments. On the song “To Each His Own”, the opening line features japanese taiko drums. On “World Undoing”, dedicated to French-Brazilian aviation pioneer Alberto Santos-Dumont, Claudio plays a berimbao, which is a traditional Brazilian single string percussion bowed instrument. For the artwork, the band enlisted the help of Brazilian painter and digital effects artist Ivan K. Miskalo. The EP was mixed and mastered in February 2013 by Alex at Savage Brainchild Studios, with a release date set for April 2013. The EP is currently sold digitally through iTunes, Amazon and will also be available in CD format through the band's website.