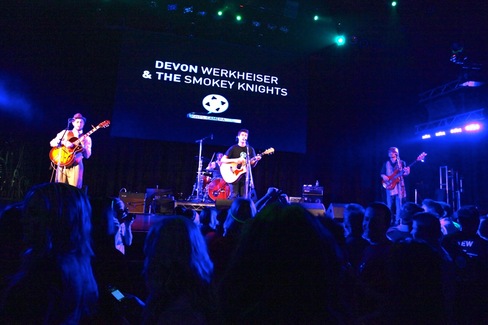 Devon Werkheiser, 22, is a well-known young actor and musician. He is currently finishing work on an EP titled “I Am” scheduled for release in May 2013. Devon wrote, recorded and produced the five-song EP, with support from his backing band The Smokey Knights.

Born and raised in the suburbs of Atlanta, Devon found his passion for performing at an early age, starting in musical theater at age 7, followed by commercials, TV and film. He developed his skills as a singer/songwriter after being signed to Universal Music at age 16 and working with many well-known songwriters around LA. Some of his earlier material is featured in several of his films and is available on iTunes.

Devon resides in Los Angeles and performs at events and benefits around the city. He recently co-hosted and performed at Lights. Camera. Cure. – The Hollywood Dance-a-THON, a benefit for pediatric cancer research held at the historic Avalon Theater in Hollywood. (www.LightsCameraCure.com). He also performed at the 2012 Hollywood Christmas Parade, which aired on the Hallmark Channel.

As an actor, Devon is well known for his starring role as Ned Bigby in Nickelodeon’s hit TV series Ned’s Declassified School Survival Guide. Since graduating from Ned’s, Devon has appeared in a variety of films and TV series. He has the lead role in the feature film, I Brake for Gringos, a teen comedy due for release in late-2013. His recent TV credits include a guest appearance on Criminal Minds as well as a recurring role on the final season of the ABC Family TV series Greek. Devon had his first feature film role at age 10 in We Were Soldiers with Mel Gibson and has since had lead roles in a number of films including The First Time, Beneath the Darkness, The Wicked, and The Prankster. He has also done voice work in projects such as Marmaduke and Glenn Martin, DDS. 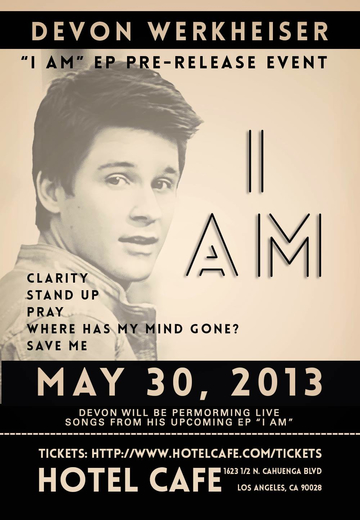