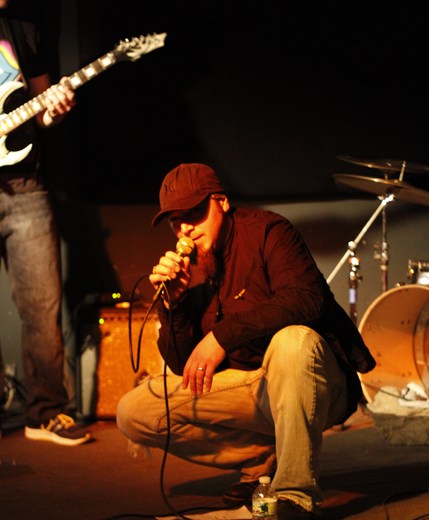 Born in Rockland N.Y. Todd was humming melodies in his head since he could walk. He started looking for band members in 2008. Todd convinced his long time friend Eric to drum for him, when he came back to N.Y. from Detroit. Eric came to his studio and played on some songs Todd had been working on and Eric filled the drums with finesse like no other. Still with the sound of a second guitar in his melodies Todd and Eric searched for a lead guitarist. The man for that job was Dan. The feel of his guitar playing was all they needed to hear. 10 miles down the road from there studio was A friend of Todd’s who he asked to help out for a few days on bass. Little did Todd know, Frank and his bass was the final piece of the melodies he had been hearing in his head. After 45 minutes of playing all together for the first time, Distant Figure was now out of Todd’s head and standing right in front of him! With mind blowing beats from Eric, chest pounding bass lines from Frank, mesmerizing solos from Dan, and unforgettable lyrics and vocals from Todd, Distant Figure put out there first 5 song demo(Hemlock 426) They have been tearing up every town they play and building a stronger fan base with every show! Rock Never Dies!!!