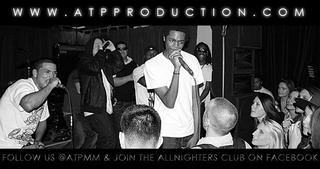 Andrew Kamani Anthony Williams AKA "Drew Willz" is a rapper, songwriter, blogger, business student, sneaker-head, swagged out individual from Queens, NY – the home of the hustle. As a young businessman, his mindset separates him from his peers. His vision is about the future, his desire is to create hits that will last a lifetime, not just a summer.
In the third grade Drew began writing and composing; rhyming in his uncle’s barbershop as a kid. His childhood hobby became a passion once he began attending high school. He started posting videos of his raps on myspace. Surrounded by friends with similar ambitions his momentum continued to grow.
After recently signing a management deal, Drew’s dreams are being realized. Currently he is playing shows across central Florida. Constantly pushing himself to expand and develop, create new, hot tracks and continue to propel his career.
Ultimately Drew’s intent is to see ATP as an independent label, with major, long term staying power. Constantly sharing the message that Any-Thing’s Possible, to both the young and the young at heart.