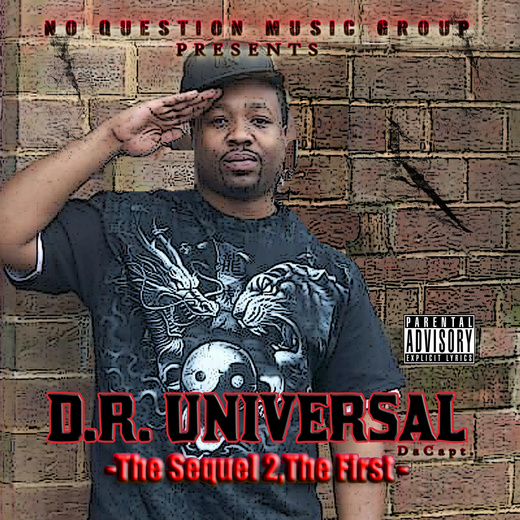 The name D.R. Universal has many meanings just like this artist/executive has many styles. D.R. is an acronym that is not short for doctor. It has over 50 different combinations such as: Dark & Raw, Deeply Rooted, Distinguished Rebel and Dutch Roller just to name a few. Universal is also an acronym for Uniting Nations In Verses Explaining Religion Sex and Lies. So as you can see, this 31-year old Buffalo, New York native has more depth than the average rapper. Growing up admiring artists like Tribe Called Quest, Common, N.W.A, Big Daddy Kane, Kool G. Rap, Special Ed, Big L, Run DMC, De La Soul, Boot Camp Clik, Nas, Redman, Mos Def, Wu-Tang Clan and the Lox, he developed a conscious mind to counter his street mentality.

In 1999 he joined an upstart indie record label in Buffalo named Genus Records and it was with Genus where he recorded songs that were featured on several local mixtapes and performed at over a dozen shows whether it was as a solo artist, with his group or even as the host. He also made appearances on many college radio stations from Buffalo to Rochester, Syracuse to Ithaca, creating a major buzz in the upstate New York region. Since moving to Charlotte in 2002, D.R. Universal has continued to pursue his musical interests by forming a partnership with long time friend, Kevan and forming No Question Entertainment. He also serves as President of No Question Music Group (NQMG) but is able to balance his own interests as an artist versus those of the label, mainly because of his strong CEO (Kevan). Being no stranger to the mic and the stage you may have seen him perform live anywhere in the Carolinas from Charlotte to Raleigh and Greensboro. Under the NQMG label D.R. Universal has been featured on several recent projects including the Armageddon mixtape, D.R. Universal mixtape: Da Return, Da Sampler Compilation & Bamboozled Mixtape. His debut album entitled: “Universally Yours..”. The album features the lead single I Remember When which is already being said by many to be an instant underground classic.

Some may think that being an executive means you lack the skill or ability to hold your own as an artist but D.R. Universal is quick to respond with lyrics like, ‘My moms say I’m extra blessed/ chics say I’m fresh to def/ but I trust no one in the game man, I even suspect the ref.’ His use of metaphors and similes, along with hidden punch lines are designed to give the listener something new to hear each time you play his tracks. The Captain of No Question Music Group is definitely poised to show the world that lyricism and skill are still important traits of a true mc. One might say that this artist/label executive has his hands in too many areas but he fuels himself on proving others wrong and striving to be the best at what he does. Not often are you going to find a conscious artist that can get grimy with the gangsters and still keep the same skill level. This versatility is what allows him to be on both sides of the label and not forget his priorities. His future as an artist is very bright but with his vision for No Question Music Group as a whole, I am sure that he will be satisfied with the wide spread growth of his label. To date, this hard working artist has helped his label sell a modest 69,000 units across the southeast. So if his lyrical talent is any indication of his leadership skills, there is little doubt that NQMG will be a success.