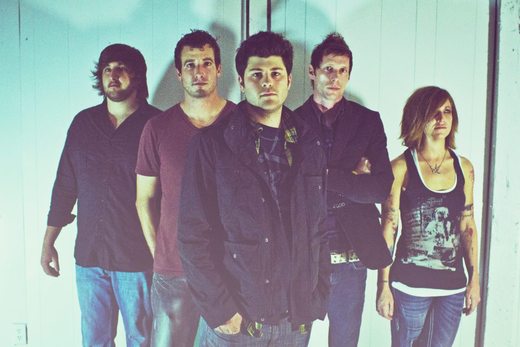 Chasing Pictures has something to prove, and an unrelenting passion that will see them through. Their "burn the white flags" attitude has people talking. And their music can back things up

A 5-Piece Alt. Rock outfit comprised of Layne Twist (vox, keys), Jon Cortellacci (guitar), Travis Coursey (guitar), Kendra Lane (bass) and Stephen Pruitt (drums, Chasing Pictures formed in early 2011 in Fayetteville, AR, from the ashes of fallen bands. Each member brings a unique, artistic outlook from a different musical background that merges into an intriguing style. The music of Chasing Pictures would fit well on a playlist of Muse, The Killers and Coldplay. Their sound spins a new twist on modern rock by focusing on soaring harmonies, intricately layered guitar riffs and powerful dynamics. "City Lights", their debut single (set to release 11/18/11), is a mid-tempo rocker that features hints of melancholy and nostalgia, along with grooves that get you moving

The band's chemistry is evident from their performances and plays well in their songwriting. Their set list is diverse, experimenting with different styles and sounds, but a strong thread of continuity runs through it all, packaging it up like a grip of dynamite

"We want to deliver songs and performances that stimulate all the senses and inspire others to reach for new levels of creativity regardless of their fields of endeavor", said Pruitt. "We want to build true relationships and connect with people all over the world. Along with Laughter, music is the universal language.