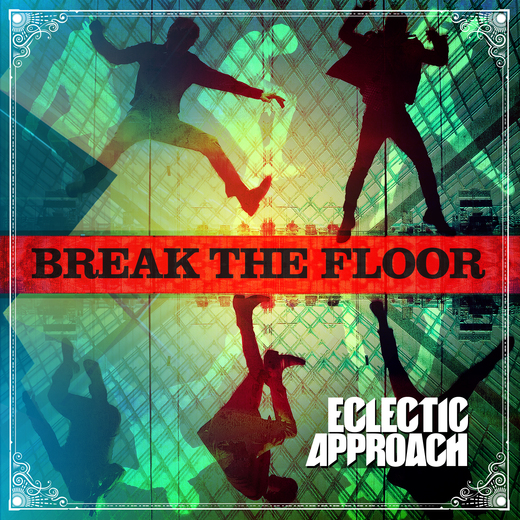 Eclectic Approach is a band built on perseverance. After three self released albums and four years of constant touring, the band was selected at SXSW as the top unsigned band in the U.S. by the Ourstage Panel, which included industry heavyweights Bruce Tyler (former VP of Sony and Columbia Music), Scott Igoe (talent booker for Jimmy Kimmel Live), Sharon Dastur (Program Director Z100, New York, NY) and Lee Dannay (Vice President of A&R Warner/Chappell Music). The band was flown to New York City to record an EPK with legendary producer David Hewitt (U2, Aretha Franklin) and Emmy Award winning director Mitchell Stewart. Most recently the band was a musical guest on ABC's Jimmy Kimmel Live.

Originally a hip-hop group, EA's music has grown and developed into a blend of electro-funk, dance, pop and garage rock that feels and sounds like a party. "We just love a good party," said singer Jowed Hadeed, "we want people to come to a show and just freak out for a while. It's cathartic for us and them."

The definition of eclectic is, "deriving ideas, style, or taste from a broad and diverse range of sources." For Eclectic Approach, this definition not only serves as a guide for creating music, but also as a philosophy to live by. "It seems like a lot of people now are moving towards a more eclectic way of living… taking what makes sense to them from all over the place. Everyone in this band has their own set of influences, musically and otherwise, and we really work to create an open dialogue with new ideas. It's what has kept the band together for this long and keeps us moving forward" said guitarist Ryan Jander.

Although most people would immediately identify the music as "pop" because of its accessibility, the blend of influences and musical styles completely embraces the name 'eclectic.' Guitarist Justin MacDonald notes that, "the trick is to create something that sounds simple, but has layers and depth when you really listen to it. You can grab someone's attention right off, but with repeated listens they hear all these little subtle nuances that add to the over all effect and really hook the listener."

After their last album, Jump Into Life, Eclectic Approach began to hone their sound in the studio and on stage into a more unified vision. Their newest single, "All That It's Missing (Mind Control)" was released in October of 2012 and demonstrates the evolution of their sound.