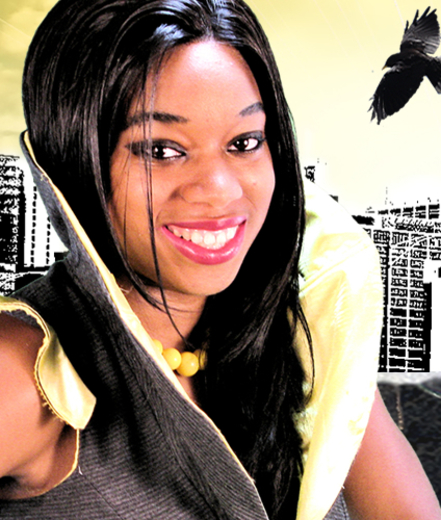 Many fans say she sounds like the young Whitney Houston, while others suggest her voice is authentic and original. With a vocal range and classiness akin to Mariah Carey, the soulfulness of Mary J, and performance dynamics of Christina Aguilera, Elishema translates elegance, style, and a daring attitude on the stage and in her music. And with her fresh and powerful lyrics focused on empowering and uplifting fans, Elishema continues to captivate her audiences, surprising them with her charm. Fans continue to show their appreciation for her persona and image, recognizing that she is truly a star and is in a category of her own.

In late 2008, Elishema released her first urban/pop up-tempo dance single entitled ?Get Loose? which many fans enjoy however, with her new pop single entitled “Sophisticated Man,” she hopes to fascinate new audiences with her bold statements, sleek attitude, and jazzy flavor that she imparts in this song. Her debut album “New Beginnings” will follow shortly to further show her excellent singing ability, helping expand her popularity, and win more fans.

Elishema is an exceptionally gifted singer, songwriter, and performer. Her music is influenced by many musical genres and styles ranging from rock, hip hop, soul, R&B, jazz, blues, pop, and opera. She has no bounds. She can sing almost any style of music, and can hold her own among the best. Although, she is capable of singing many styles, her heart belongs to soulful Pop music.

From age five to the present, Elishema has been writing songs, playing instruments like the sax, clarinet, and piano. She has also been in musical vocal groups as well, pursing some considerable recognition from the entertainment industry. In that quest, Elishema has performed at places like Orchestra Hall, Stephens Convention Center at Rosemont Horizon, and Chicago Theater, in front of thousands. These venues were all located in the Midwest the heart of the USA. With these experiences under her belt, Elishema was envisioning a solo career. With that dream in mind she connected with an assortment of mangers and did several collaborations with well-known Chicago producers. Although, these joint efforts proved promising, they didn?t lead to any industry acknowledgment for her. In spite of this, she continued pursing her dream of stardom by doing everything necessary to score a major record deal. But realizing the probability of that occurrence waning, she decided to go indie.

Elishema sensed that she needed to broaden her perspective of the music industry, and become proactive in every phase of it. And with this industry shifting, with the advent of the new digital music phenomena, it was no longer necessary for her to wait around for an A&R rep to call. So she reinvented herself and got educated in this reformed music industry. And in doing that she teamed up with her current manager Larry Mannie, and with his help, she has reached greater heights then ever before, gaining more fans and selling more records under the indie label, Inway Records.

In December of 2007 she released a holiday single which was given air-play during the holiday season, and In April of 2008 she was interviewed on several radio stations during the release of “Get Loose.” Getting great feedback thus far from her past projects, Elishema has great expectations for her debut album, “New Beginnings.”

It has been several years since Elishema has been back in the US from Ghana, West Africa where her family had settled. However, realizing her dream and hearing her amazing talents and potential for stardom, they returned back to America to help her pursue that path. She was 12 then, but since that time she has learned the music business inside and out. Her music career is finally peaking and it’s not a dream anymore. It?s a reality. Each day she is gaining new fans, who love her music, and are supporting her. In time, Elishema will be a household name, because her time is NOW!