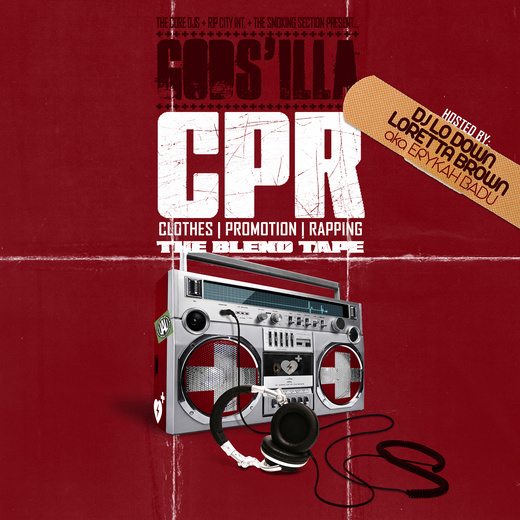 Formed in 2004, Gods’Illa’s journey began well before the brothers banded to collectively embark on this dream. Acem, the eldest of the three, was first to display his love of music as part of the group S.C.A.N; a group created by international rap artist Substantial under the Unlimited Vinyl Ink umbrella. Not long after, Truth followed suit and began performing at local talent shows throughout the Washington, DC metro area, developing his musical craft while shadowing his older brothers’ movements. So, it comes at no surprise that 300 miles away in Brooklyn, NY, Powerful, the youngest of the brotherly trio, began experimenting with writing and effortlessly became the missing piece to the group.
Since their debut on Unlimited Vinyl’s, “Make Da Face” mixtape in 2005, Gods’Illa has performed throughout the Washington, DC area and Mid-Atlantic Region opening for legendary acts like Brand Nubian in addition to several other performances including but not limited to: Capital Hip Hop Soulfest, Hip-Hop on the Hill (McDaniel College), CMJ Showcase and the world renown “End of the Weak” Mic Series. In 2009, the group garnered a great deal of notable achievements including placing #1 in MTV’s VMA Best Breakout DC Competition followed by the release of the critically-acclaimed “Pre-Lease EP” which attracted the attention of legendary DJ/producer DJ Scratch as well as 9th Wonder. Gods’Illa has been featured on sites such as Okayplayer, DJBooth.net and even Peter Rosenberg has begun including their music on his “Late Night with Peter Rosenberg” show on NYC’s Hot 97.

With the ability to tell stories through the use of powerful rhymes that transcend life, Gods’Illa promises to truly be a cut above the rest. The brothers vary in age as they do in style but it’s their unique element of creativity that helps to create a sound collectively described as “Universal”.