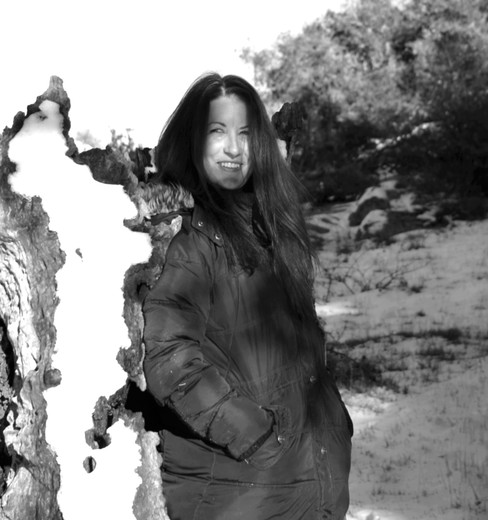 SAGE is a Singer/Songwriter based out of the San Diego area in CA. She picked up her first guitar at the age of 16 to learn chords so she could sing. She sang at school talent shows, and knew that music was something in her future. Sage's adult stage debut was back in 1996 in the College Area of San Diego, playing at Kelly's Pub, The Old Republican Coffee Shop, and other various coffee shops around the county. After picking up a job and moving to LA, Sage put the guitar in the case and focused on a new career in horse training and riding instruction, something she had grown up doing. She spent the 8 years focused on horses, playing guitar and writing an occasional song over the years.

Interestingly, Sage was born legally deaf and suffered a speech impediment which required weekly speech therapy. "I think this is why I find solace behind my guitar. I always felt that the other kids made fun of my speech," Sage says. "I was a solitary child, so its a gift in my mind that I can now sing in front of people." After a minor surgery and a year of therapy, Sage regained 95% of her hearing, which enabled her to live a normal life and learn her music.

Sage is influenced by the likes of The Beatles, Led Zepplin, James Taylor, Simon & Garfinkel, Jewel, Carly Simon, Sheryl Crow, Eddie Vedder and Dixie Chicks, just to name a few. Her songwriting content is earthly and honest, and it has been stated by fans that her voice "will pierce your soul..."